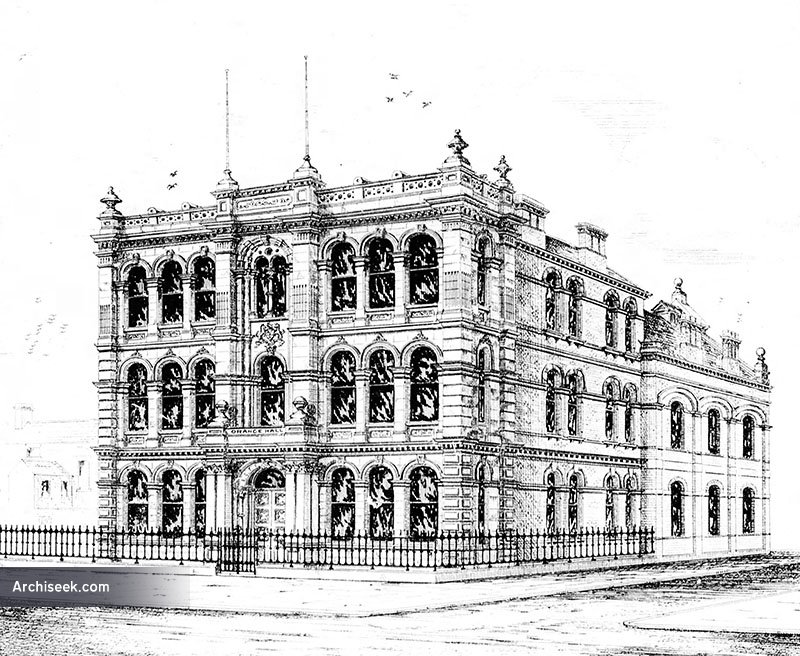 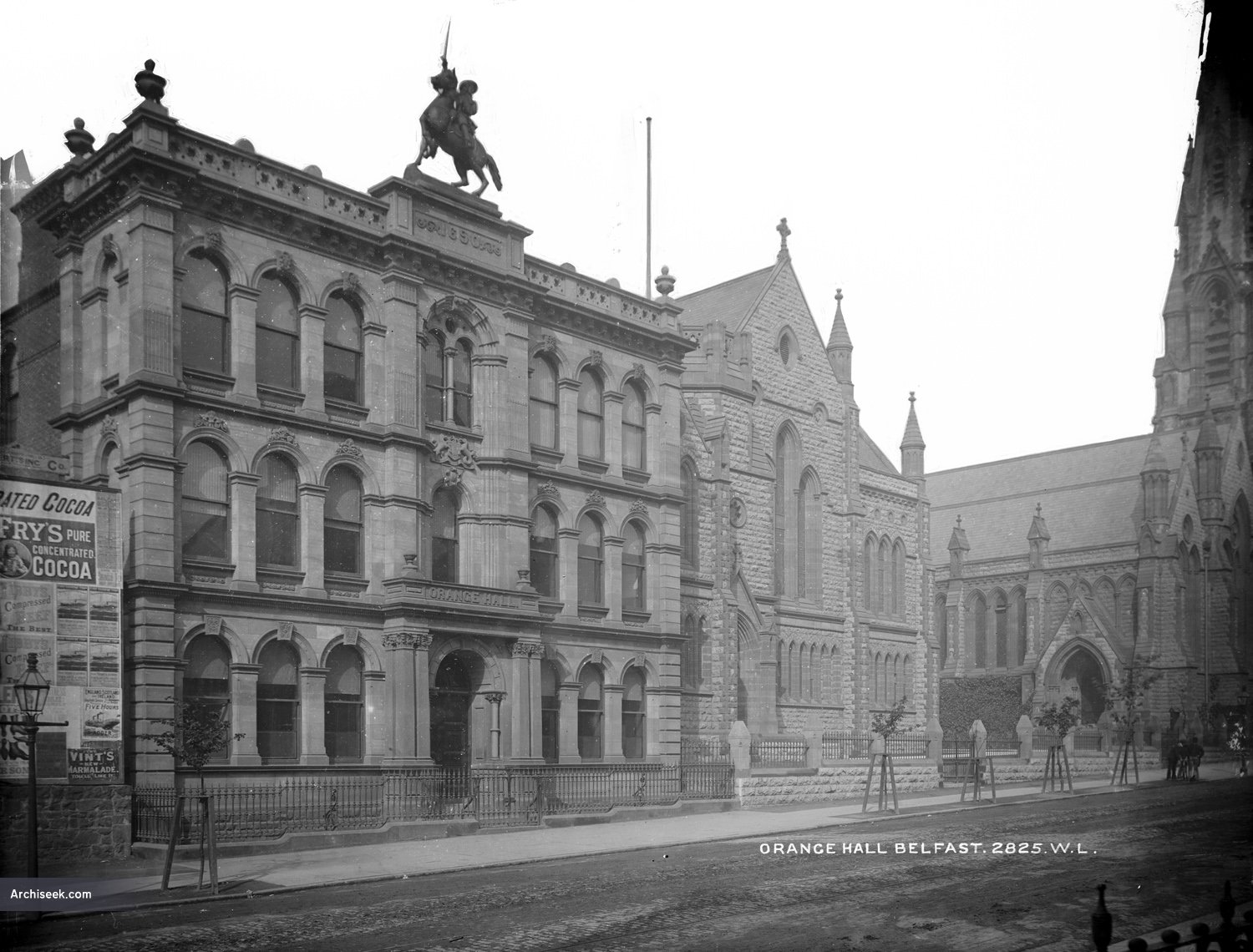 The Hall was opened on January 27th, 1885. To mark the bi-centenary of the “Glorious Revolution” of 1688 an equestrian bronze statue, by Henry Hems of Exeter,city coat of arms of King William III was placed on the Hall, the cost was £600.The statue on the roof is the only one of King William on any Orange hall in Ireland. Also on the imposing frontage of the Hall is placed the City of Belfast Crest along with the motto “pro tanto quid retribuamus”.

Now surrounded at lower levels by a a protective cage to prevent arson and vandalism. 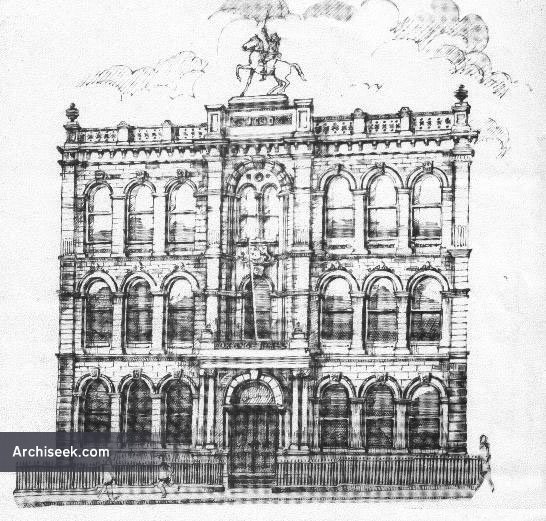 “This hall which is one of the finest of its kind in the kingdom, was opened a short time ago. The building extends 126ft. from front to rere, has 56ft. frontage, and is 50ft. high to the top of the main cornice. The front and wings are faced with cut-stone, the chief portions being from Glebe quarry, Newtownards, and the remainder – such as portico, strings, and main cornices – are from Dumfries, and the rest of walls are brick. The main door opens into a spacious vestibule (the floor of which is laid with encaustic tiles of artistic design), having on left, wide and easy staircase which leads to upper floors. The corridors are in centre, and are reached through handsome screens glazed with embossed plate glass, and on each side are the library, reading, committee and other rooms. The large hall is at rer and is 42ft. long and 28ft. wide, and by raising a revolving partition, can be increased in length to 63ft., and a back stair also gives access to it and gallery. A comfortable house is provided for caretaker adjoining the building. The plans selected in competition were prepared by Mr. William Batt, of Royal Avenue, Belfast, and the buildings, which cost between 6,000 and 7,000, were erected under his superintendence by Messrs. Dixon and Co., of Clifton-street, in a very satisfactory manner.”Published in The Irish Builder, July 1 1887.