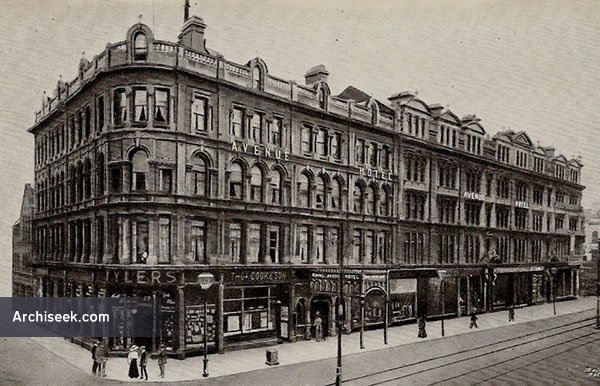 Constructed between 1882 and 1884, designed by architect Thomas Jackson in the Italianate style – a four-storey building with round headed dormers and a rounded corner to Rosemary Street. It had 32 bedrooms, later expanded to 118. Destroyed in an accidental fire in June 1984 and demolished shortly after.