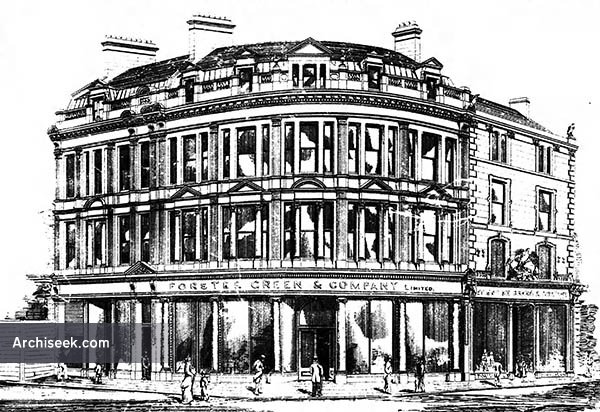 Now known as Eagle Chambers, a three-storey stucco building with curved facade into North Street. Originally an extension of Forster Green’s four-storey ‘Golden Eagle’ premises in North Street. Forster Green was a tea merchants. It originally had several eagle statues between the ground and first floors, but these have all since been removed.

Forster Green was one of the greatest benefactors to the welfare of the people of Belfast. He was a Quaker and a very successful tea and coffee importer. He purchased the grounds of Fortbreda House where he built a hospital for the treatment of TB, which had claimed the lives of 7 of his children.