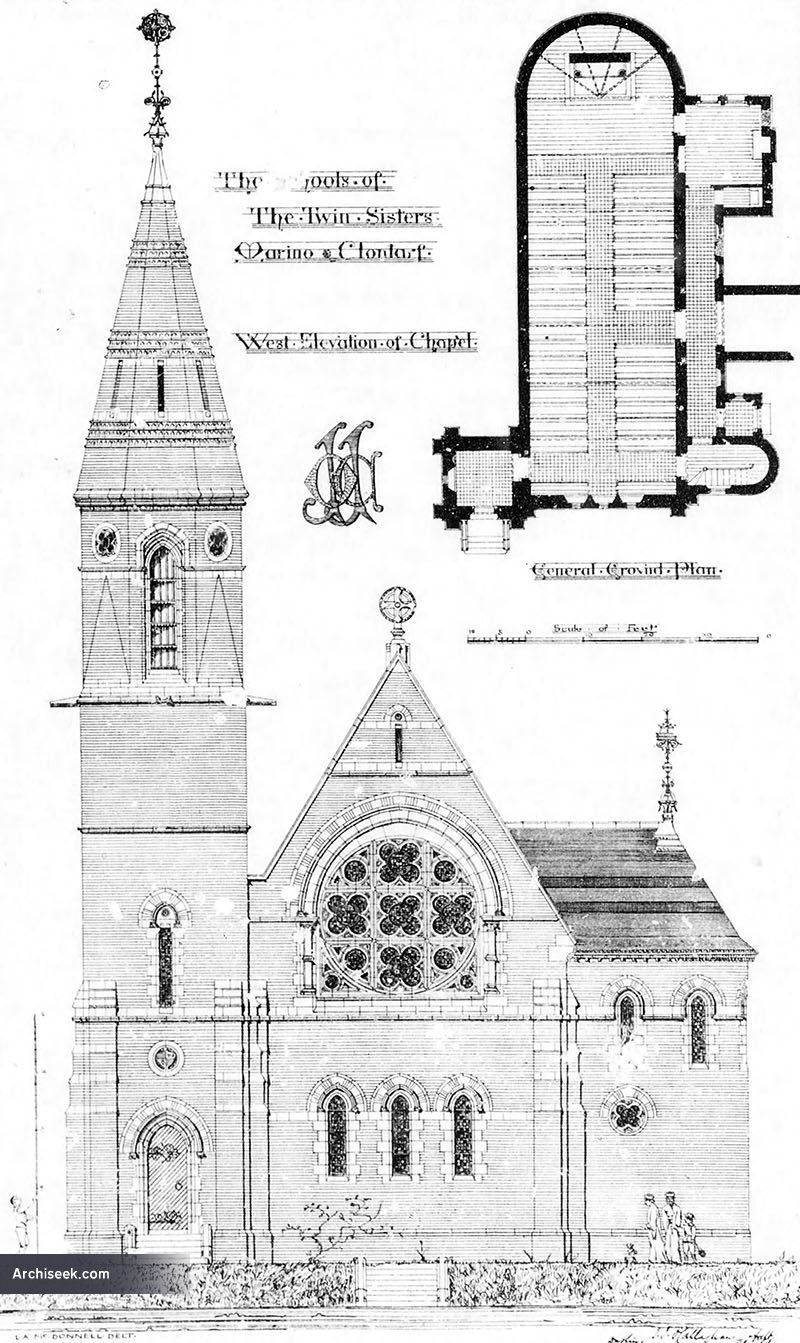 Now known as the O’Brien Institute, this building was to serve as an orphan home and school, financed by a trust that was founded by Bridget O’Brien in 1876. The Irish builder described the chapel: “The chapel consists of chancel, choir, seculars’ chapel, sacristy, and belfry. A large organ gallery is situated at the west end [Note: in fact it is the south-east – end], and is approached by circular stairs, making a bold feature in connection with the west [south-east] gable. The chapel is connected with the main building by a cloister corridor about 30ft in length. The belfry is situated at the north-west end [in fact south-west], and forms a porch to secular chapel, and is surmounted by an octagon spire, which, like the rest of the building, is built in brick. The dressings generally are in Drogheda limestone, while the walls throughout are built of brick from Kingscourt, Co. Cavan. The roof is open timbered to the curved ribs, and is paneled; the windows are glazed in lead lights. The woodwork is painted two shades, plain colour.”