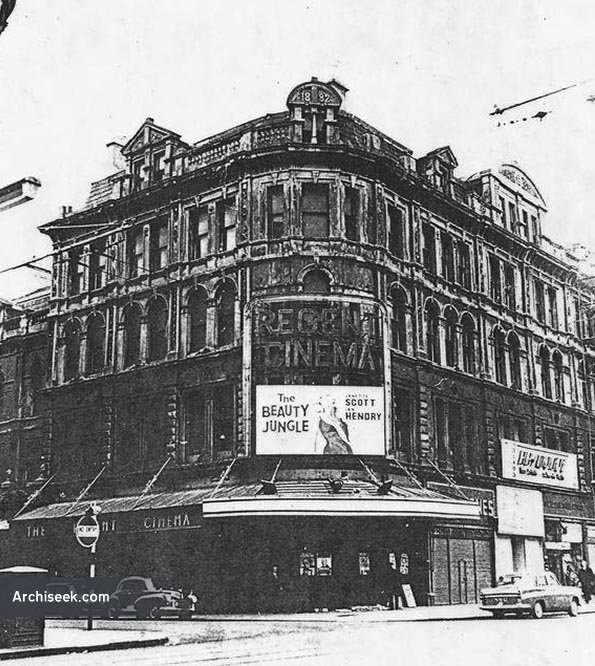 The building, Garfield Chambers was built in 1882 and like many buildings on Royal Avenue, was finished in stucco. Opened in 1911, the Regent was the first Belfast cinema not to have its origins in a variety theatre. Later known as The Avenue, closed in the 1980s. It was the first cinema in Northern Ireland to screen ‘talkies’, when Al Jolson in “The Singing Fool” played for eight weeks, four times a day in 1929.

In 1974, the Regent was damaged in an IRA bomb attack on the nearby Grand Central Hotel, which at the time was being used as Headquarters for the British Army. The cinema was repaired and reopened before closing for good in 1982, and was converted into a bingo club for a couple of years. It and the entire building were demolished in 1987, and the new Castle Court shopping centre was built on the site.