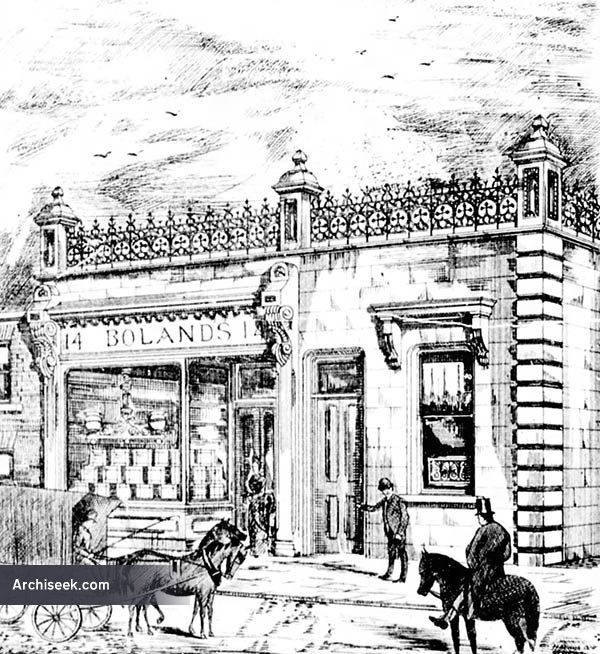 Boland’s Bakey at one time had a network or shops as well as bakeries around Dublin. There was two outlets in Dun Laoghaire, then Kingstown, and what was described as a “model bakery”. This shop on Cumberland Street was alongside the model bakery complex. Eventually the model bakery became a depot for baking carried out elsewhere.