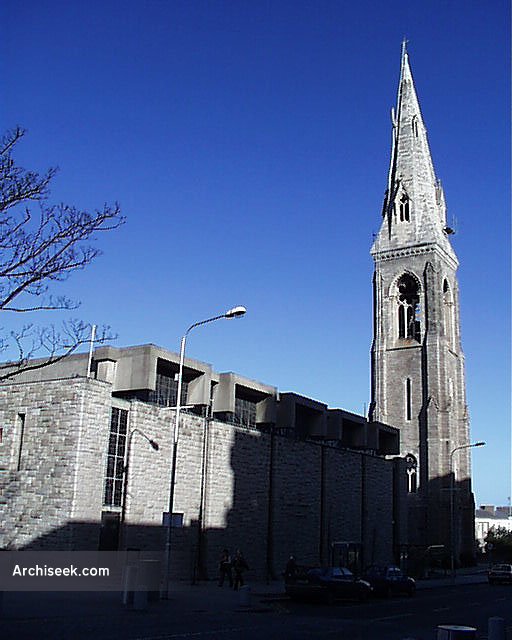 In 1968, a fine Gothic church including work by leading church architect J.J. McCarthy, burned down. Rather than rebuild, it was decided to build in a modern idiom, retaining the tower and spire, one of the landmarks of the town.

The new church designed by Sean Rothery, Pearse McKenna, and Naois O’Dowd, opened in 1973 and reflects the new thinking in the Roman Catholic Church after Vatican II. Although the exterior is clad with stone, the interior features exposed concrete and is lit by rooflights and windows just under the roofline.