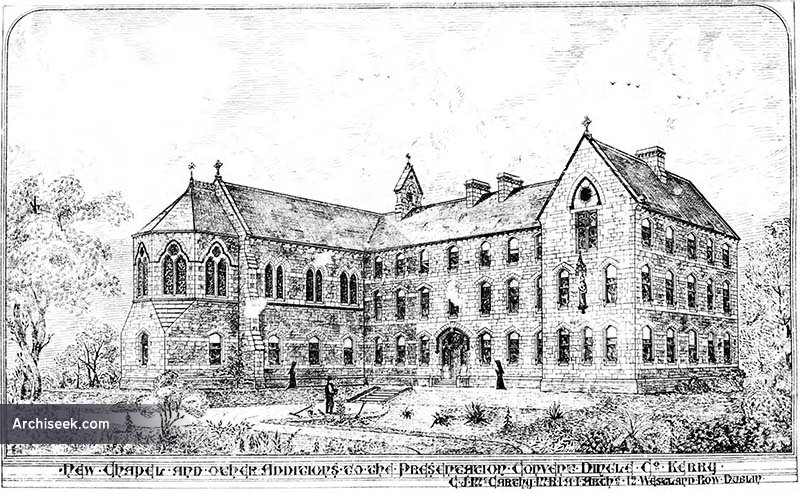 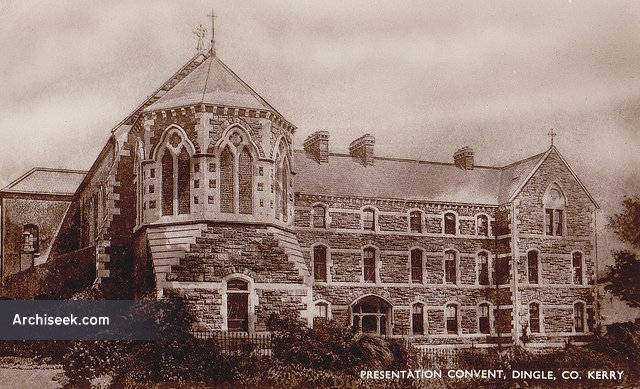 The main building was constructed in 1877 to designs of J.J. McCarthy under the supervision of his son C.J. McCarthy. By 1886, the son, later Dublin City Architect, was responsible for a chapel wing and further extensions. Later work by R.M. Butler completed the complex. The chapel has twelve windows by Harry Clarke – six two-light lancets.

“We publish with out present number a perspective view of the above-named building. The central block, which contains the entrance hall, reception rooms, cells etc., was built a few years ago by the late Mr. J.J. McCarthy, R.H.A M.R.I.A.I.

On the left-hand side of our illustration is the new chapel, with refectory underneath, and kitchen, laundry etc at rere; On the right-hand side as shown a proposed further extension, not yet, however, commenced. The chapel wing has just been completed, and the works have been carried out in a very creditable manner by the contractors, Messrs. Healy Brothers, of Tralee, from the designs and under the superintendence of the architect, Mr. Charles J. McCarthy, of 12 Westland-row, Dublin. 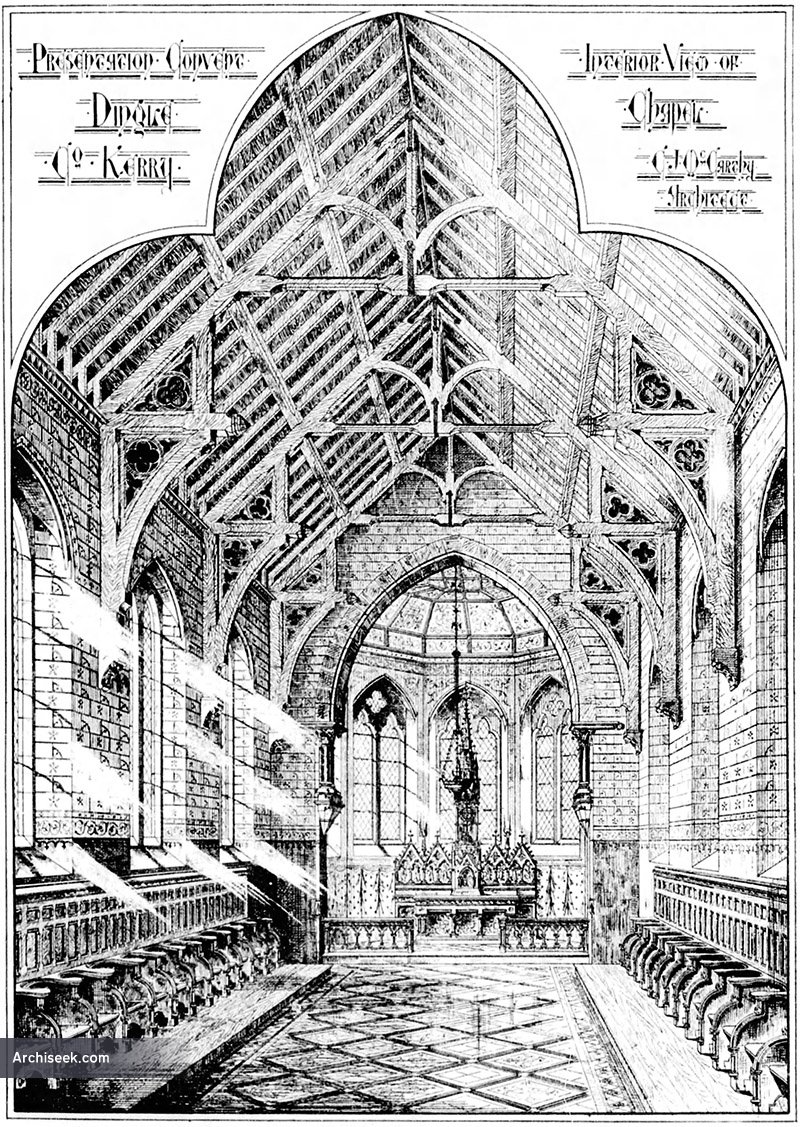 Local red sandstone has been used for the walls, and forms an agreeable contrast with the chiselled limestone dressings of the windows. The chapel which is 54ft. in length, terminates in a polygonal apse with moulded chancel arch supported on corbel shafts of Irish marble and carved capitals, and is lighted by windows filled with tinted cathedral glass. The roof of the chapel is panelled in pitch pine, and the floor is to be laid with oak parquetry. Choir stalls, and other furniture of appropriate character, have been designed by the architect in keeping with the style of the building/” The Irish Builder, March 1 1886.