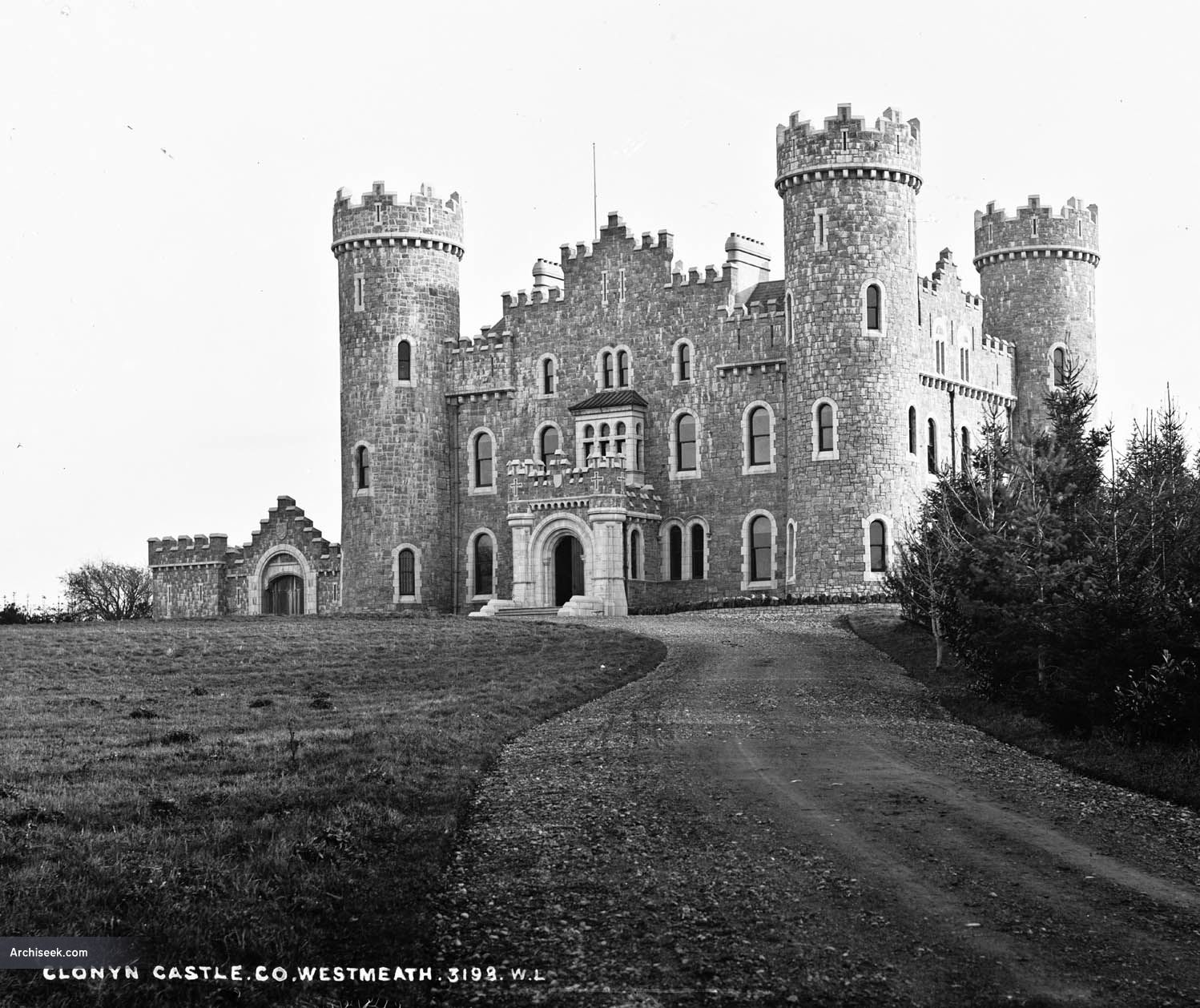 Built to replace an earlier residence a short distance away. It is a square, symmetrical, two-storey castle-like building of cut limestone with four tall, round corner towers at each corner. The interior has a large two-storey hall with gallery and arcading. Regarded as one of the last great Victorian Baronial houses to be built in Ireland. It was built to designs of the architect John McCurdy (1823-85). It is possible that the Nugent Family wanted their new castle to look of considerable antiquity to proclaim their long and distinguished history in the area, which can be traced back to the original Delvin Castle and Anglo-Norman invasion. This would help to explain its robust and antiquated design.

It had many uses over the years, at one time it was home to a community of Australian nuns, who had hoped to set up a school here. In the post-World War II period, the castle served briefly as a home for Jewish children, most of them orphans of the Holocaust. Manchester businessman and philanthropist Yankel Levy was persuaded to buy the castle and associated land for £30,000 and some 100 children aged between 5 and 17 were temporarily housed before rejoining their families or starting new lives in England, America or Israel. Until recently it was again a private home.