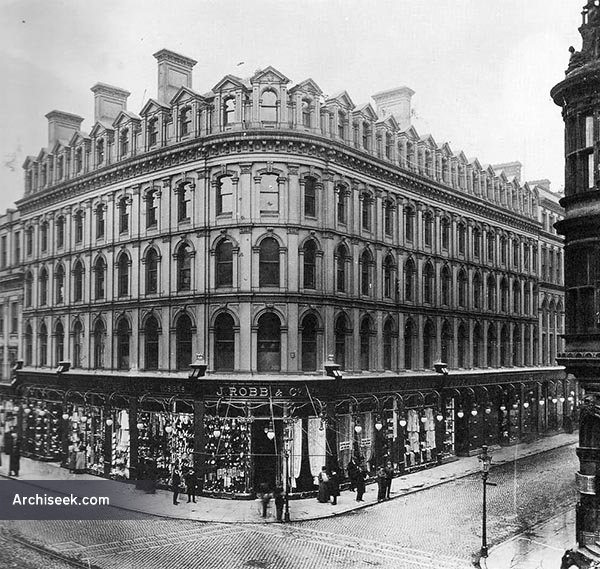 John Robb & Co was a Belfast department store that had extended many times in the late 19th century. Originally it was at No 15 in 1861, expanding to No 11 by 1870 and through to No 1 by 1890, when they described themselves as “wholesale and retail silk mercers, woollen-drapers etc”. In 1951, the privately owned share capital was acquired by the London combine Great Universal Stores. Robb’s closed in 1973. In 1986, Great Universal Stores put in an application to demolish the listed building and replace it with a modern three storey shopping complex. Conservationists were enraged because Robb’s represented the last large commercial building of the Victorian era left in Castle Place. Demolished 1991.