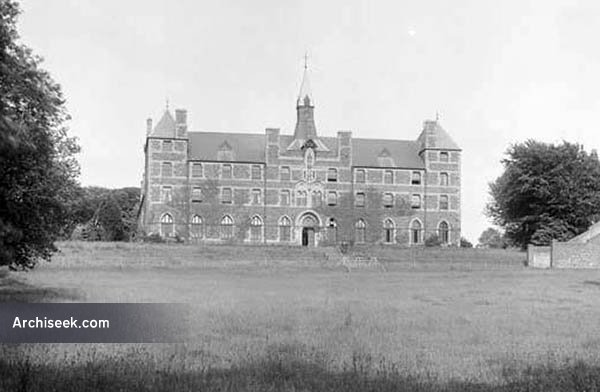 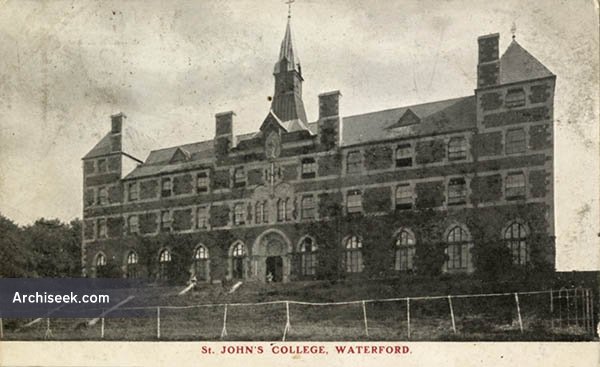 Constructed between 1868 and 1879, the diocesan college had a cloistered central court and chapel – a rather grim fortress of Catholic education. Closed as a seminary in 1999 due to the decline in vocations, with a number of church and community groups using the buildings. In 2007 the college building and some of the land was sold to a housing association.

George Goldie was an English architect whose work in Ireland with once exception were for Catholic churches and institutions. His work is spread through seveal partnerships – between 1858 and 1861, as Hadfield & Goldie; between 1861 and 1868 as George Goldie; and thereafter Goldie & Child, later Goldie Child & Goldie when his son Edward joinined in 1881.