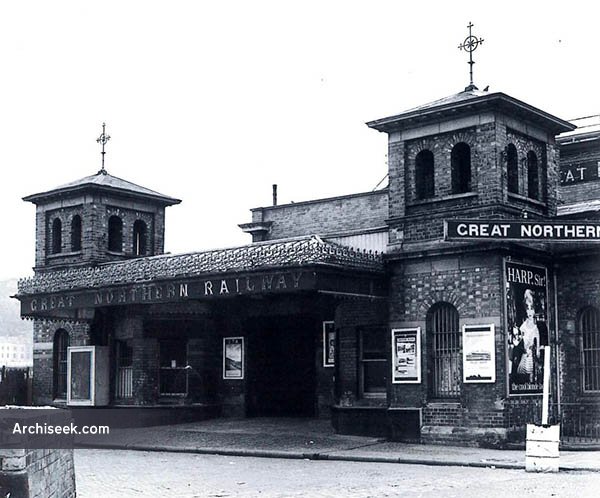 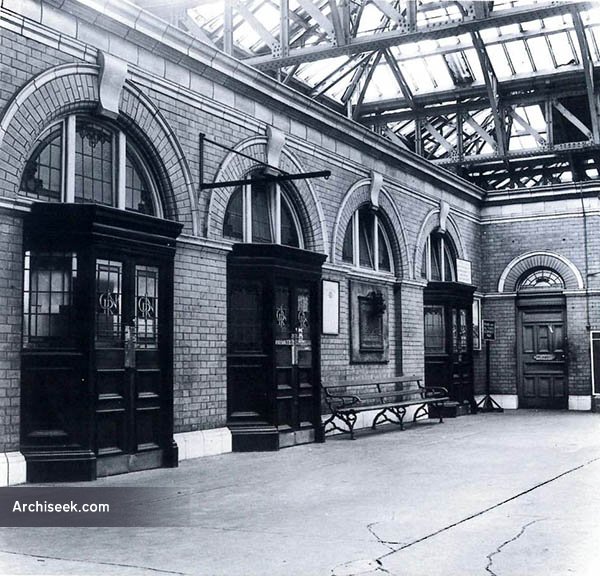 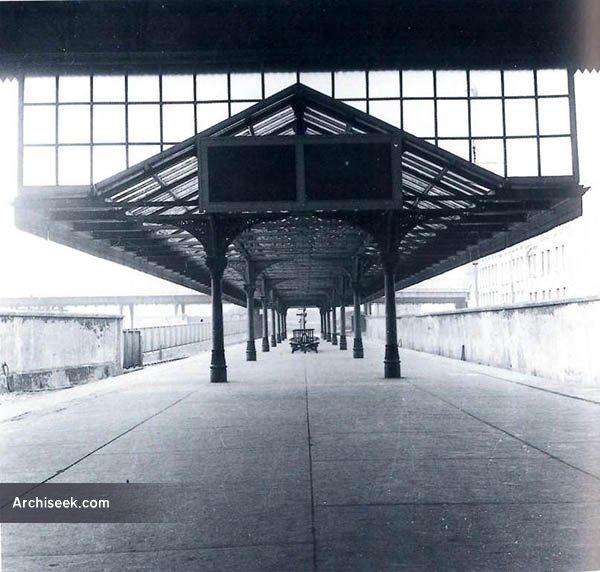 Italianate railway terminus for the Great Northern Railway Company by Turner & Williamson. This was one of two stations in Derry, the other being the Waterside Station of the Belfast & Northern Counties Railway. Turner & Williamson was a partnership of Glasgow-based Thomas Turner, and Derry-based Richard Williamson, and operated from circa 1860 until Williamson’s death in 1874. As Turner was largely engaged in projects in Glasgow and Belfast, it is likely that Williamson was responsible for most of the works which were executed in Co. Derry. The last train ran in 1965, with the building demolished in 1970.