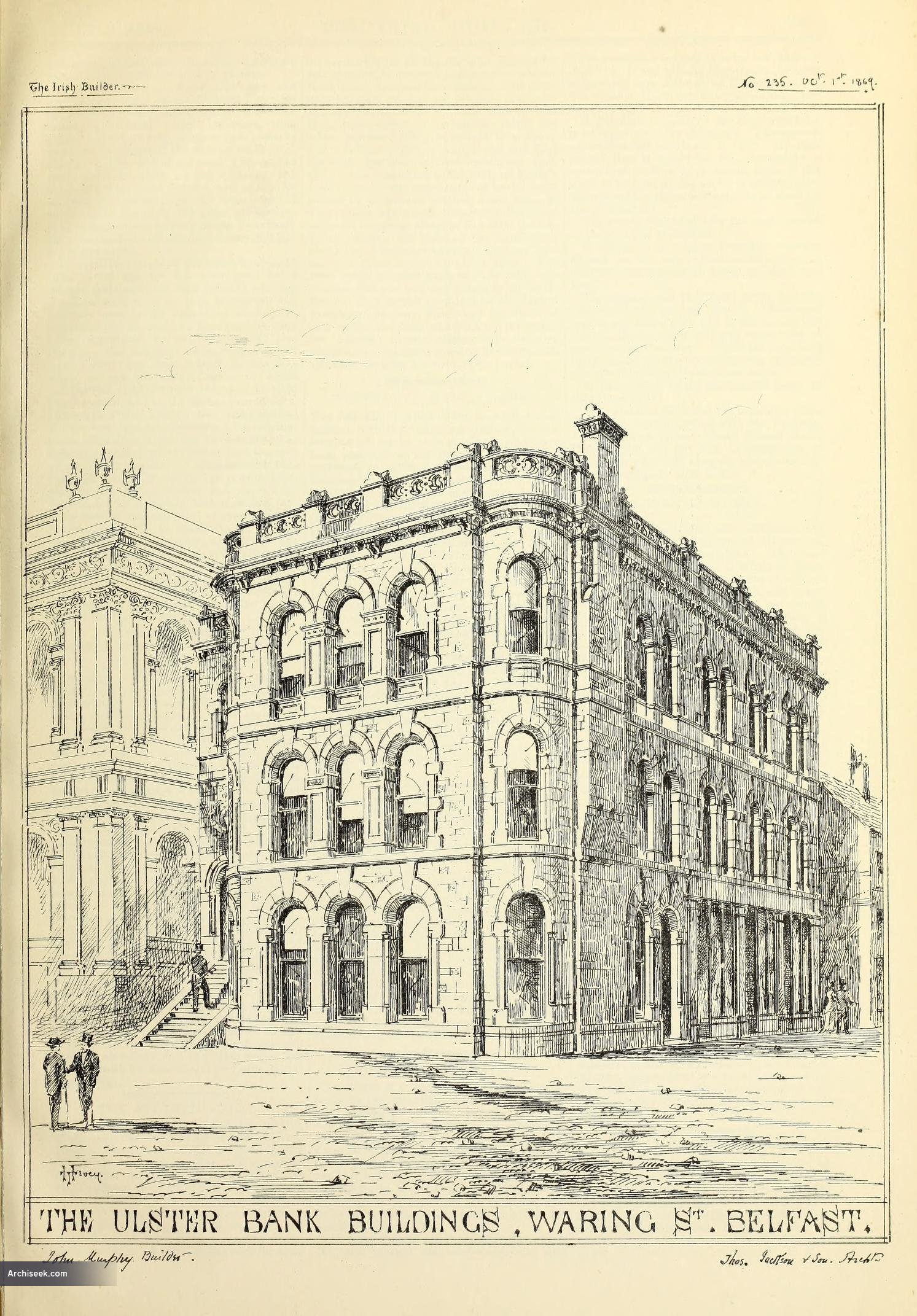 Now part of the Merchant Hotel along with the former Ulster Bank headquarters next to it.

“These new buildings are being erected for the Ulster Banking Company, in Waring-street, on the site of some very old and dilapidated premises. The result will be to materially improve the aspect of that street, and to bring more prominenttly into view the really fine Bank (designed by Mr. James Hamilton, of Glasgow and Belfast). The building which is the subject of our notice is of stone; white Scrabo, finely “sparrow-picked,” being used for the general walling, and Dungannon stone, finely wrought, for the dressings. The plinth is of Newry granite, as are also the pilasters (in one stone each) at shops on side elevation.

The work is being executed in a very superior style of workmanship , and in a manner most creditable to himself, by Mr. John Murphy, builder of Great George’s-street, from plans by Messrs. Thomas Jackson & Sons, Donegall-place, and under their superindence. The estimated cost is about 4,000. The building is to be completed in about ten months – a very short time, owing to the difficulty sometimes experiences in providing stone. Up to the present, the building is a few feet over second floor joists; and the date fixed for the completion of the works is 1st March 1870.” Published in The Irish Builder, October 1 1869.