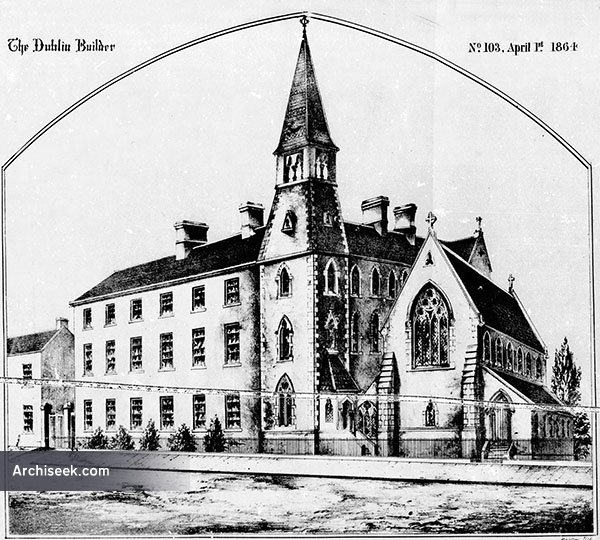 The Poor Clares founded a convent in Cavan in 1861 in a large premises on Main Street. As a closed contemplative order the nuns themselves were never seen by the public, but under the Industrial Schools Act 1868, they operated an orphanage for girls. On February 24 1943, an electrical fire started in the basement. Instead of evacuating the girls, the nuns moved all the children into one room, and had the towns people attempt to fight the fire. After the fire got out of control, it was no longer possible to rescue the majority of the children and thirty-five died. An inquest found the nuns not responsible, although it was alleged that the nuns prevented firefighters entering the building in case they saw the girls inside in a state of undress. The inquiry was viewed as a whitewash as there was no attempt to hold anyone directly responsible. It prompted a verse by the Irish author Flann O’Brien.

In Cavan there was a great fire,
Judge McCarthy was sent to inquire,
It would be a shame, if the nuns were to blame,
So it had to be caused by a wire.

“The plainer portion of the front of this building, shown in our engraving, is appropriated to the Orphanage, being flanked at the lower end by another range of building equal in extent to the rear flank shown, and uniform with it in height, containing the schools, the principal rooms in which are 40 feet log by 28 feet wide and varying from 15 to 18 feet high, these portions of the building have been erected some two years since; the tower, with the adjoining flank, and a portion of the front building forming the Convent, (now just finished) has been erected within the last twelve months, and contains every accommodation for a large community. The entire block of building forms three sides of a quadrangle opening out on a spacious garden tastefully laid out. The work is executed with the stone of the locality, a hard kind of sandstone of a light colour, well suited to give effect to a building. The dressings of the windows and opens in the orphanage are of red brick, and in the convent of white fire brick with champered angles, except the dressings of the tower and the three-light windows which are of sandstone from Dungannon, of the colour of Portland stone; the sills, table-mouldings, and groins being of white limestone; the porch, an open one, is entirely of Dungannon stone with Kilkenny marble shafts to the doorway, the caps of which, and the large moulding around eave is carved in natural foliage, a similar moulding bay around the interiors, carved in the same manner. The shafts of the niche over the roof are also of black marble, having richly carved crockets and finial; the niche is to be occupied by a statue of ST. Clare. The builder is Mr. Hague, of Cavan, who has executed the work in a very creditable manner. The chapel is not erected yet, but when so will, with the tower and spire which already produce a good effect, be a fine group of building. Mar. Ryan, Architect.” Published in The Irish Builder, April 1 1864