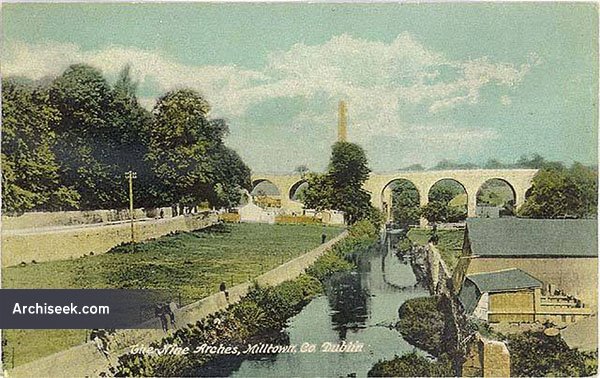 Opened in 1854 to carry the Dublin & Wicklow railway from Harcourt Street to Bray over the Dodder river. Closed in January 1959. Incorporated by Act of Parliament in 1846 as the “Waterford, Wexford, Wicklow and Dublin Railway Company”, later the Dublin, Wicklow and Wexford Railway Company, and renamed the Dublin and South Eastern Railway in 1906. Luckily the bridge was not demolished but left, and now carried the Luas (Dublin light rail trams) over the same river.