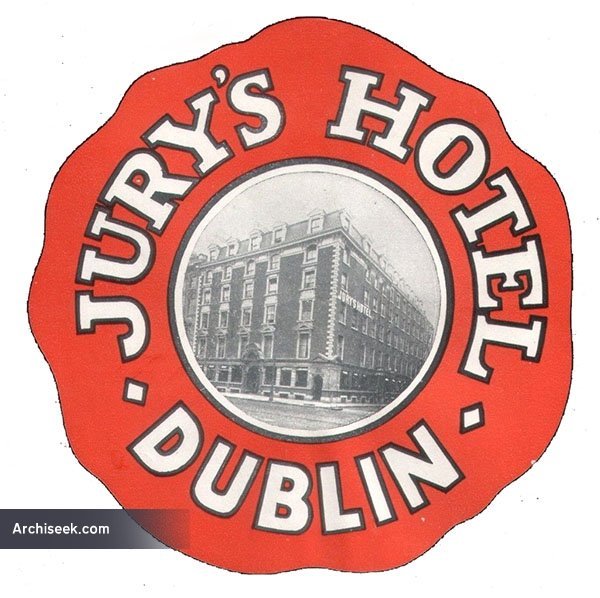 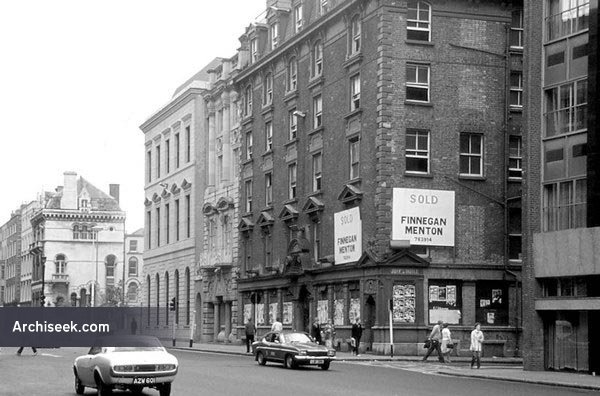 William Jurys, a former commercial traveler, set up an inn catering to the commercial sector on Dublin’s College Green in 1839. The inn grew and by mid-century had become known as the Commercial and Family Hotel. In 1866, Jurys became part of the partnership that built the city’s Shelbourne Hotel. After that hotel opened, Jurys sold his original business to a cousin, Henry James Jurys, who further expanded the College Green hotel site. Architect E.H. Carson was responsible for tying the various Wide Streets Commissioners buildings together with stucco additions. It was of several Dublin locales featured in James Joyce’s Ulysses. Requisitioned by the British forces during Ireland’s War of Independence in 1918.

In 1924, after the hotel had been vacant for some two years, a group of Dublin businessmen bought the property, and re-opened it. In 1963, the company added a new 80-room wing for the original College Green property. A number of architects worked on the hotel over the years – in 1859 Edward H. Carson was responsible for new coffee and smoking rooms, and Donnelly Moore Keefe and Robinson were responsible for the fine metal canopy over the main entrance in 1924.

Closed and demolished in the 1970s – an auction was held of fixtures and fittings, with a fine ornate bar shipped to Switzerland. The site is now an office building.