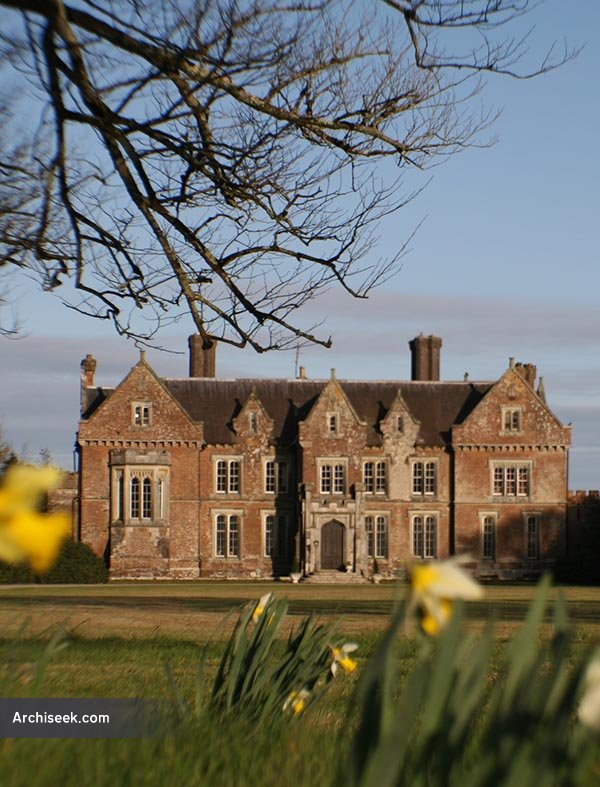 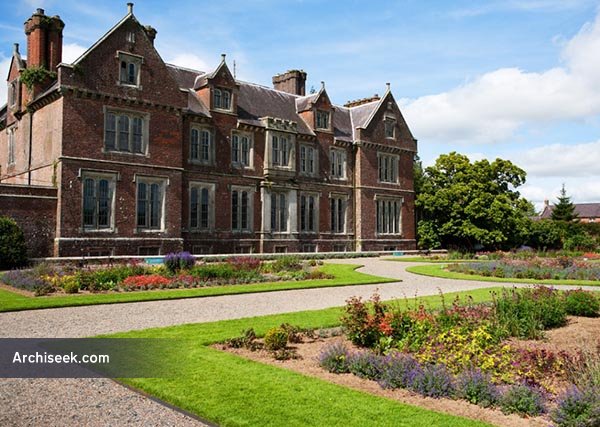 Tudor Gothic remodelling of house, and landscape scheme, in progress during the period 1835-45 for the Doyne family. The earlier house, originally built in the late 1600s, had been used as a military barracks for several years after the 1798 Rebellion. Robertson’s design is largely symmetrical with a three-sided oriel window on one end of the main facade.

The Doynes lived at Wells House for 260 years, until 1965, when they sold up. There were previous un-executed schemes: one a classical design by Thomas Cobden of 1819; and a 1836 proposal by Richard Morrison.