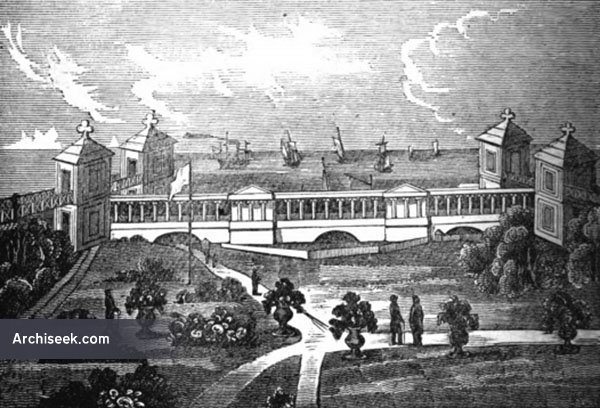 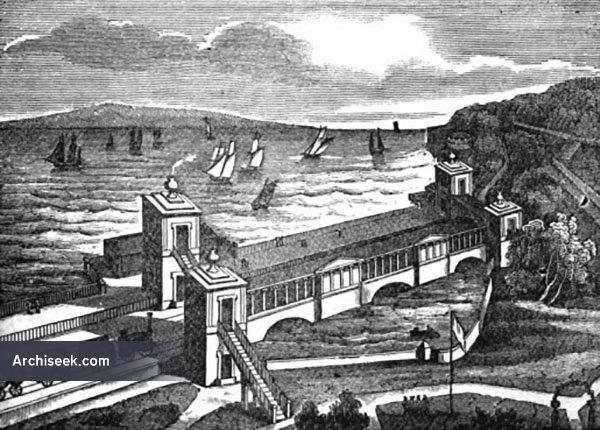 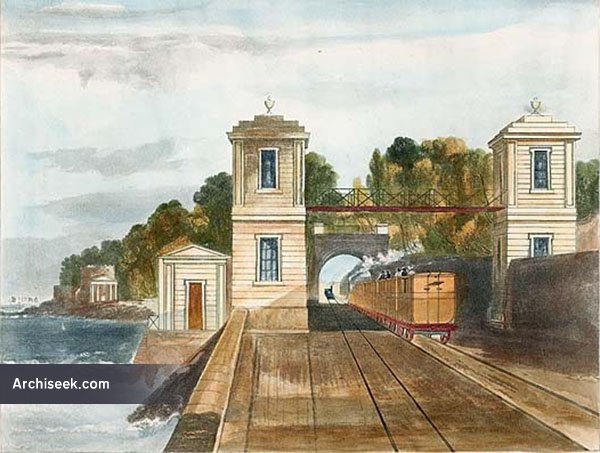 Proposal for a tunnel through Lord Cloncurry’s grounds, with pedestrian bridges at either end. In the end, only one footbridge was constructed, the towers of which stand today. At the time of the construction of the Dublin and Kingstown Railway, Lord Cloncurry was compensated with a private railway bridge and harbour. His home, Maretimo house, was demolished in 1970.

According to dia.ie, Jeanne Sheehy suggests that bridge, tunnel and temple on estates of Lord Cloncurry and Sir Harcourt Lees are possibly by John Skipton Mulvany, but Frederick O’Dwyer says that bridge has been attributed to William Cole.