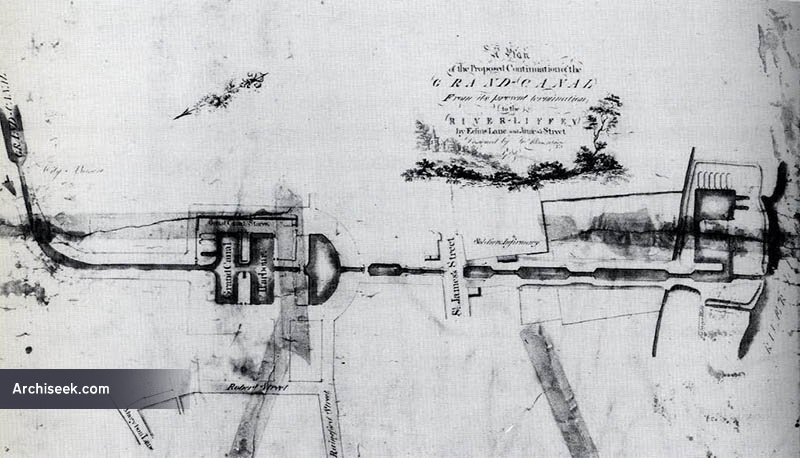 A large ladder of canal locks proposed to join the James Street Basin of the Grand Canal with the River Liffey. At the Liffey end, small harbours would have been constructed. The canal was extended past the James St. Basin in the 1790s with the opening and constructed of the Grand Canal Harbours at Ringsend. The link to the Liffey was started but never got beyond some basic excavation, but was expected to cost some 30,000. The section of canal to James Street was closed in 1974 and subsequently filled in.