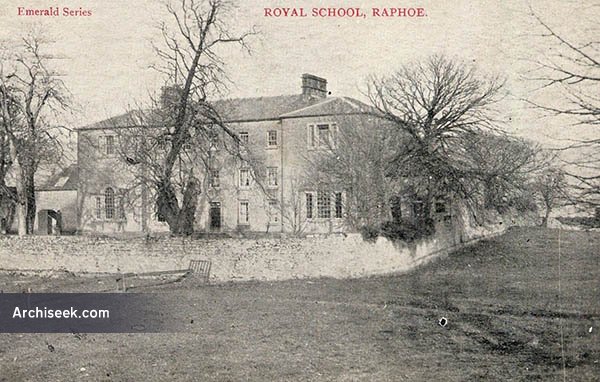 In 1608, King Charles I granted a charter which founded the Royal Schools across Ulster. By 1618, As part of this charter, a Royal School was established in Donegal town, which relocated to Raphoe in the 1660s Constructed in 1737, the present building replaced an earlier structure.

In 1830, it was extended with a third story added, and with an additional wing at the west end. The Royal School, Raphoe amalgamated with The Prior School, Lifford in 1971. The early Georgian building is now home to the Boarding Department of the Royal and Prior Comprehensive School and known as the Royal School House.