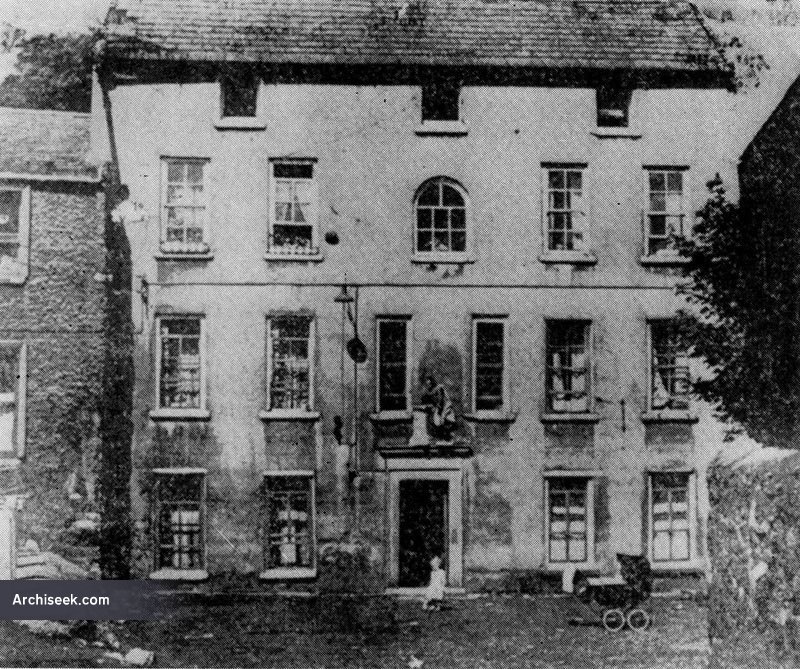 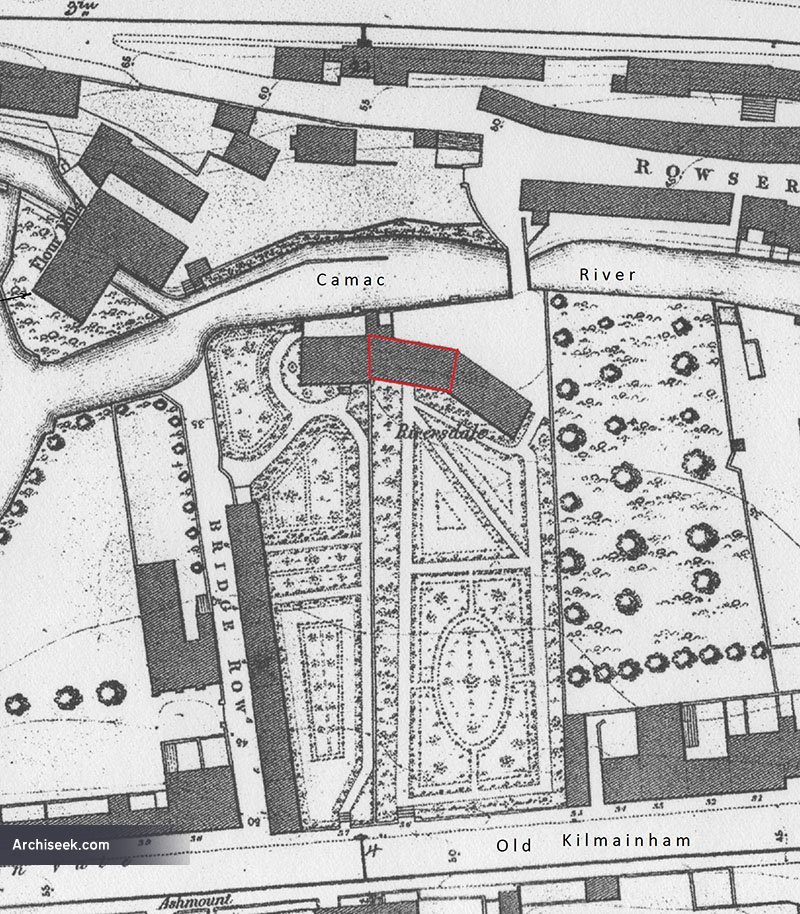 Riversdale House, probably originally had Dutch Billy gables, and was constructed entirely in stone rather than brick. Constructed about 1725 by a Dublin lawyer called John Fitzpatrick who sold it shortly afterwards to a legal colleague, Simon Bradstreet. The Bradstreet family resided in the mansion throughout the 18th century, tending the formal gardens that stretched out in front of the house up to a splendid wrought iron gateway fronting the highway at Old Kilmainham. The house became tenements in the late 19th and early 20th centuries with most of the house demolished about 1965. The statue over the front door was of Shakespeare.