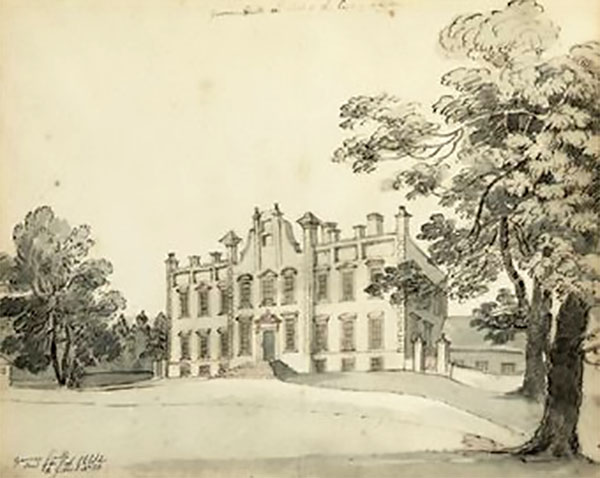 The original Gowran Castle was built in the late 14th century by the Earls of Ormonde. Badly damaged in the Cromwellian wars and was all but a ruin when Charles Agar acquired a lease of it about 1660 and repaired it. After a fire in 1713, his son James Agar rebuilt it – the illustration is a drawing of c.1810 by Robert Gibbs. The house was rebuilt for the 2nd Viscount Clifden in 1817-19 to the designs of William Robertson.