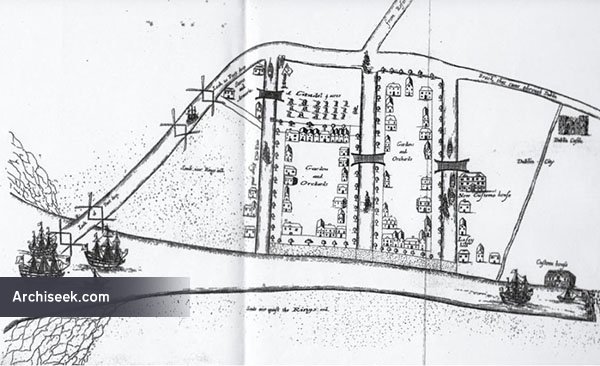 Andrew Yarranton, (1619-1684), a former soldier in the English Civil War, travelled throughout England and northern Europe as civil engineer. He worked as a consultant and entrepreneur on mines, metalworks, canals, railways and schemes of agricultural improvement. In 1674 he visited Dublin and at the solicitation of the then Lord Mayor he produced plans and detailed proposals for the creation of an artificial harbour and fort for its defence on the strand then covered by the tide between Ringsend and Townsend street.