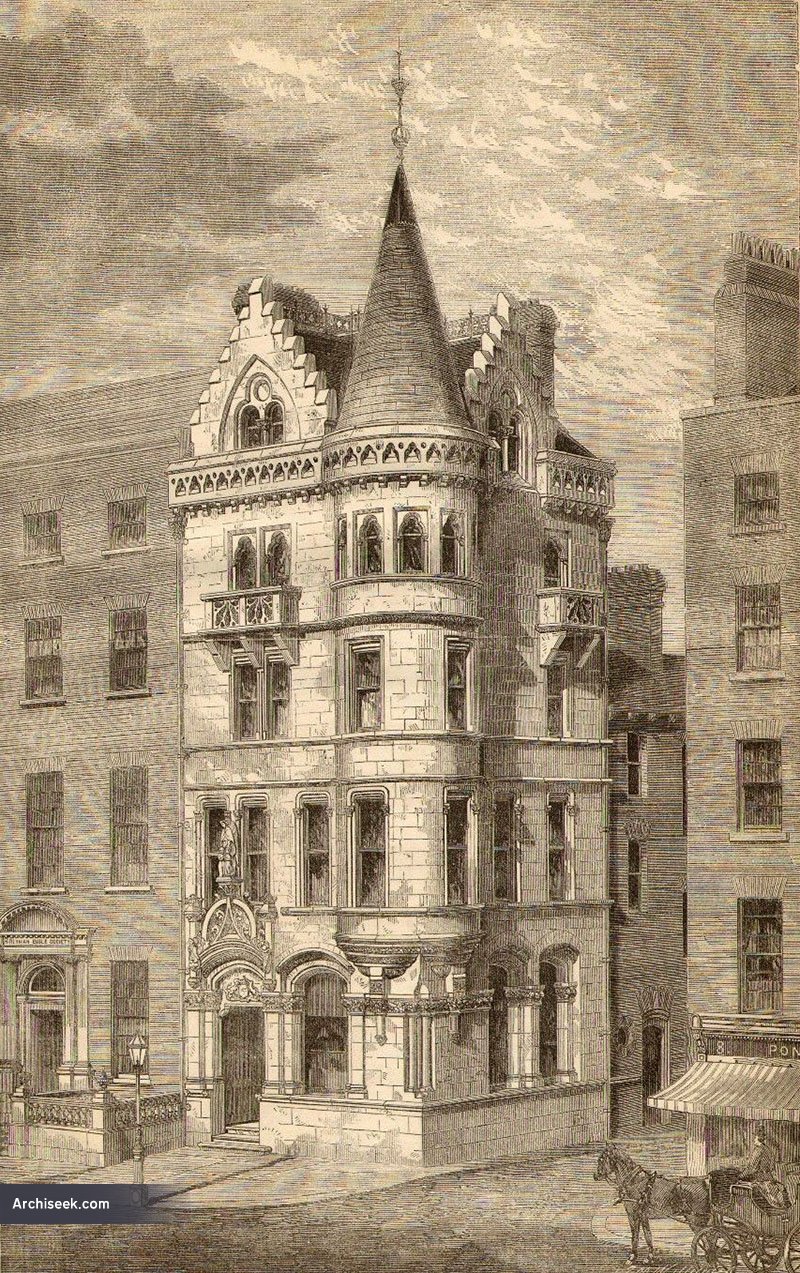 Constructed on the site of Drogheda House, the house occupied by the Earl of Drogheda. O’Connell Street, previously Sackville Street, was previously Drogheda Mall, named after Henry Moore, Earl of Drogheda, giving rise to a naming pattern in the area. Sited on the corner of Cathedral and O’Connell Streets, and designed in a suitably Scottish Baronial style with stepped gables. Later owned by the Dublin United Tramways Company, before it was pulled down in 1922, after being badly damaged during the Irish Civil War.