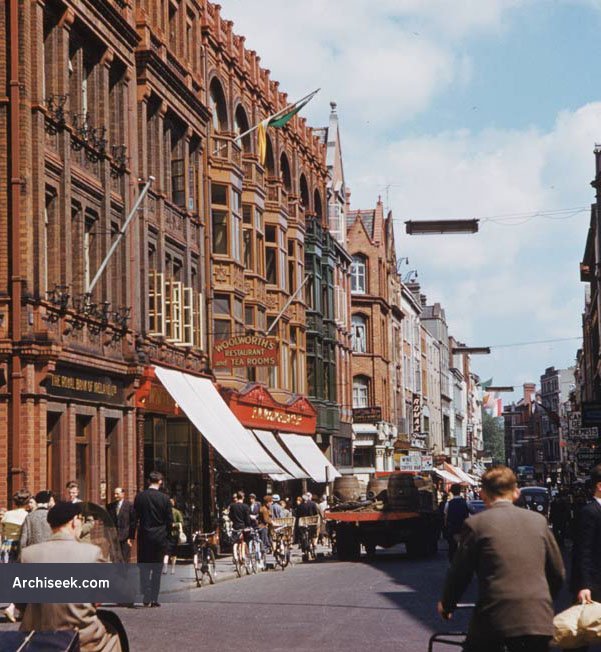 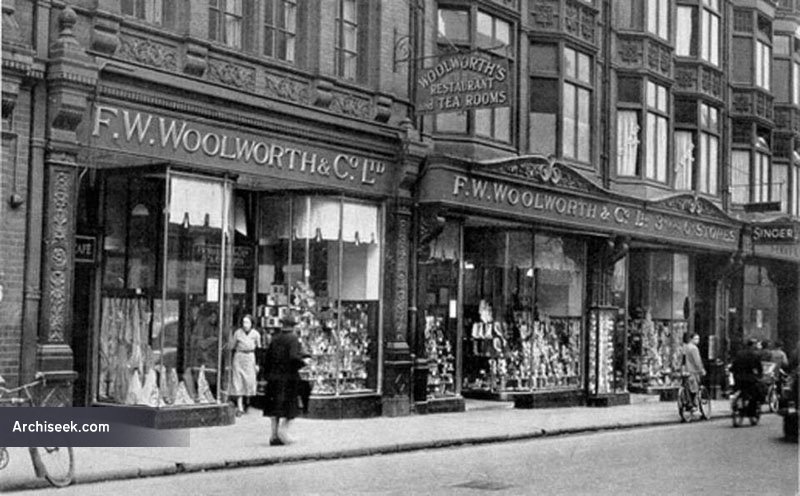 The first F. W. Woolworth store in Ireland opened in 1914 on Grafton Street in Dublin. Eventually spread over three adjacent commercial units. The southernmost was No.67, a solid redbrick building was by Charles H. Asworth. Nos.69 and 71 were part of an elaborate terrace, designed by O’Callaghan & Webb with oriel windows on two levels with large lunette windows and balconies above. All finished in red brick with a fine balustrade at roof level.

Frank W. Woolworth was one of a number of executives at the New York headquarters who claimed Irish ancestry. They were particularly proud of this opening, along with another in Belfast which opened on 6 November 1915.

Redeveloped in the late 1960 meant the demolition of all three buildings including the fine street-level facade. No.71 stands today as a reminder of the fine Edwardian commercial buildings lost creating a visual hole in the Edwardian streetscape of this part of Grafton Street.