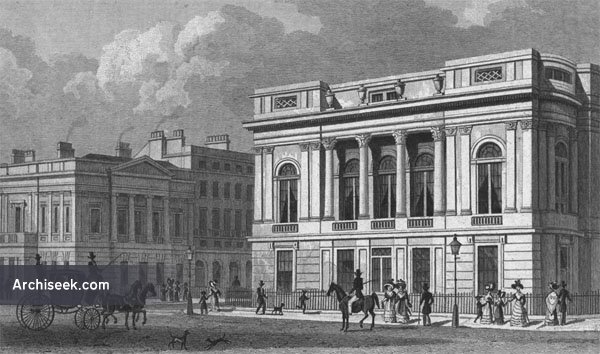 The University Club House, were at 1, Suffolk Street, London, at a corner with Pall Mall near the north-west corner of Trafalgar Square. Designed by the neo-classical architect William Wilkins RA and by his colleague J.P. Gandy and opened on 13 February 1826.

The Club was re-built on a grander scale in 1906, with Reginald Blomfield as architect. An extension was added on the north side of the building in 1924 (again designed by Blomfield) and another extension on the east side in 1939–40. Blomfield’s building still stands today.