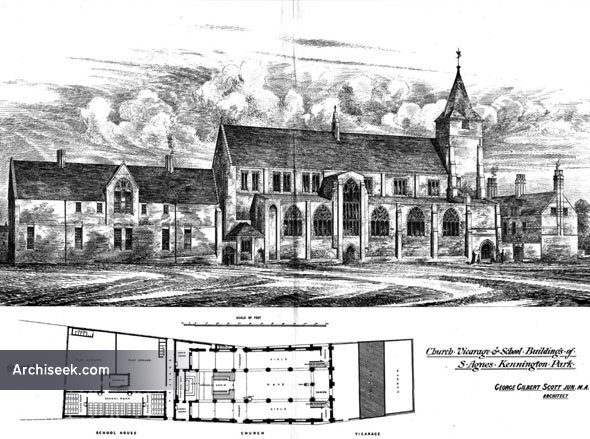 Construction began in 1875 on this neo-Gothic building by George Gilbert Scott, Jr. The church was outfitted by his apprentice, Temple Moore, and included stained glass by Charles Eamer Kempe, one of the major figures of Victorian decorative art. That church, thought by many to be the finest Victorian church by Scott, was bombed in 1941. Although not as badly damaged as others in the area, St. Agnes was nevertheless demolished and replaced by the present building designed by Covell Matthews and Partners. Perspective view & plan of St. Agnes church and school, published in The Building News, July 16th 1875.