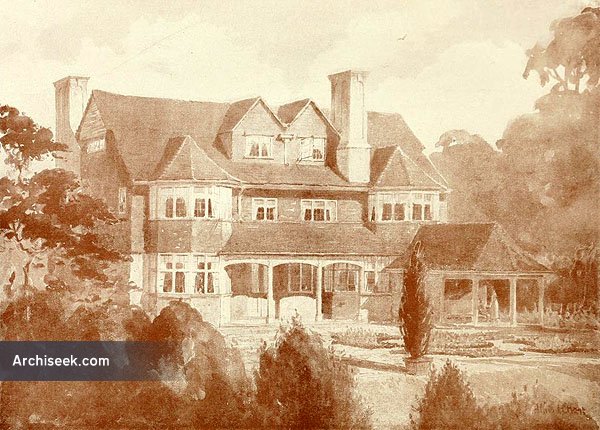 Published in The Building News, July 2 1919: “This is a house erected during the war, being contrived to save labour, and everything kept very simple. The site was somewhat restricted, so that the one-storied outbuilding is arranged running in the direction of the garden, but this helps as a shelter from the colder winds, and the drawing shows it utilised as a loggia where it faces the garden. The house is covered with tile-hanging over the upper portion, and is plastered below, giving a cheerful effect of colour which harmonises well with the rural surroundings, the roof being of sand-faced tiles. The little ornamental Garden is formed near the windows with stone-flagged paths, and beyond is the lawn and small orchard. Messrs. Hart and Waterhouse, of Gray’s Inn, W.C., are the architects.”