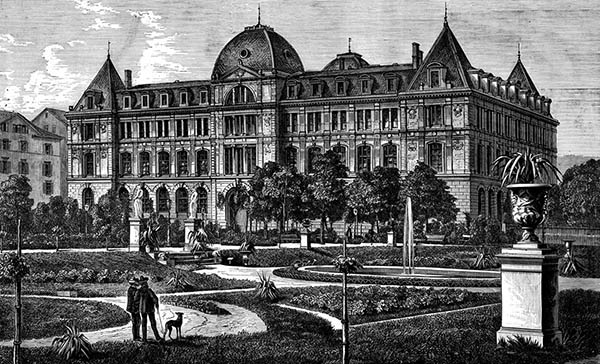 This school was conceived to enable craftsmen to carry out their trades in the summer, and to further their education in the winter, when construction had to be interrupted. By 1914, it was the largest construction school in Germany. The historic Egle Building (known today as Building 1) was built adjacent to the city gardens by the court architect Joseph von Egle between 1867 and 1873. Shortly after construction, it became clear that the new building was too small for the steady growth of the school and further buildings were added. Published in The Builder, September 22nd 1877.