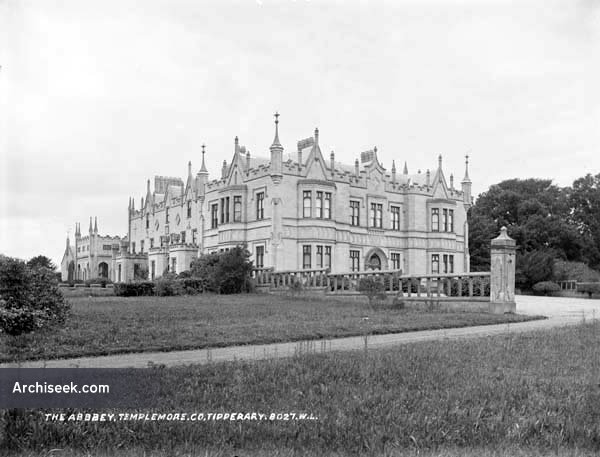 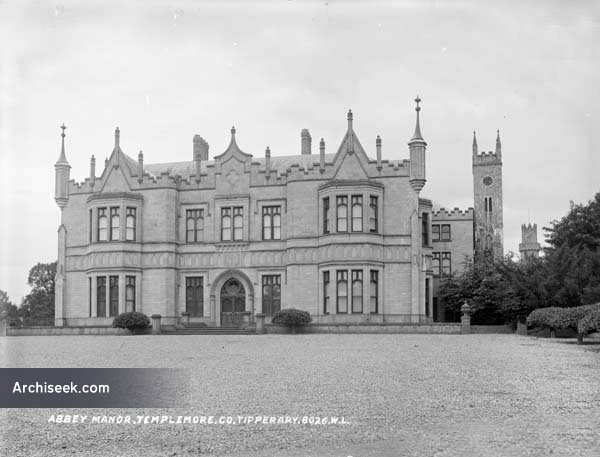 Constructed on the site of an earlier house, Templemore Abbey was a vast neo-Gothic mansion designed by one of the masters of the genre in Ireland, William Vitruvius Morrison. The building contains elements of much of Morrison’s best work in the style, Elizabethan gables, battlements and turrets.

Sadly the building was torched during the War of Independence after it had been used by British forces as a base for B Company of the Auxiliaries. After they left the building in May 1921, it was destroyed in an arson attack.