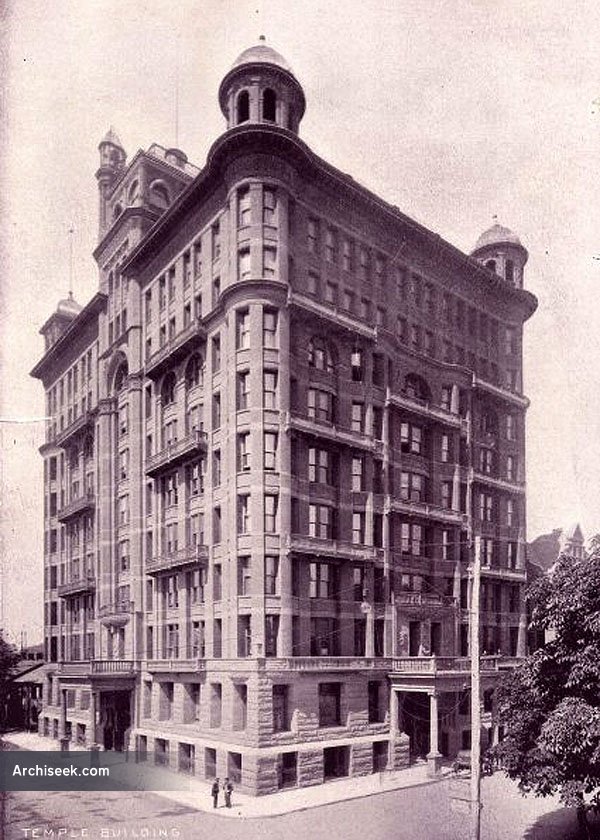 The Temple Building at Bay and Richmond streets is regarded as one of the city’s first skyscrapers. Erected by the Independent Order of Foresters as their world headquarters. Toronto’s tallest building until the Trader’s Bank Building was built in 1905. The building was demolished in 1970 to make way for the Queen-Bay Centre.