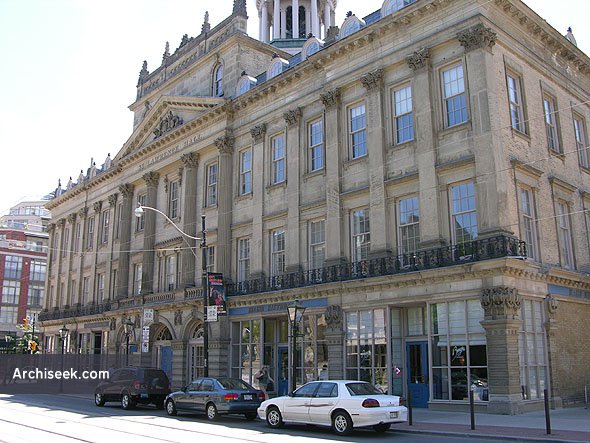 St. Lawrence Hall is a meeting hall in Toronto, Canada next to the St. Lawrence Market. It was built, alongside the new city hall, in 1850 after a fire destroyed much of the market. The Renaissance Revival style building was designed by William Thomas. It was created to be Toronto’s public meeting hall for public gatherings, concerts, and exhibitions. Its main feature was a thousand seat amphitheater. For decades the hall was the centre of Toronto’s social life. By the 1870s the growing city had a number of larger and more suitable performance venues and the Hall entered a long decline. It continued to serve a number of roles, including several years as the home of the National Ballet of Canada. It was fully restored in 1967 as the city of Toronto’s project to mark Canada’s centennial.