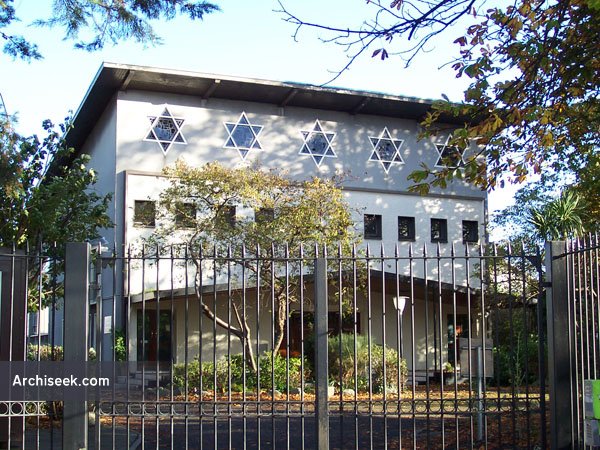 At one time, in the 1950s, there were between 4,000 and 5,000 Jews living in Ireland, most of them in Dublin, using several different synagogues. After this building by Wilfrid Cantwell, who had previously worked on Busaras, was constructed, the congregations decided to merge. This meant the closure of Adelaide and the South Circular Road synagogues. The main facade is dominated by the five windows in the form of the Star of David above a row of small square window openings. Since the 1950s the Jewish population in Ireland has declined steadily.