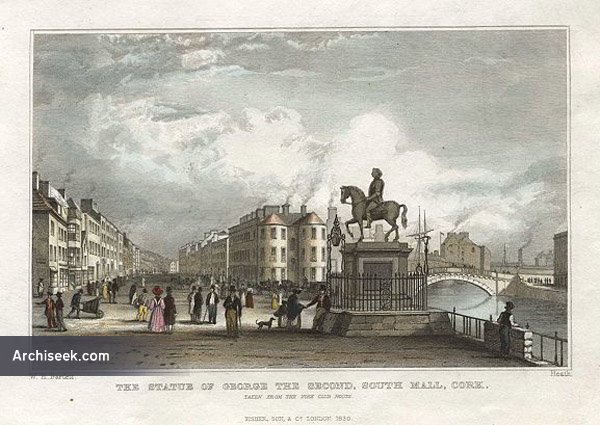 Equestrian statue of George II, erected 7 July and unveiled 16 July 1761. Originally was situated in the centre of Tuckey’s Bridge which connected Tuckey’s Quay, now part of the Grand Parade, and George’s Street, now Oliver Plunkett Street. On the pedestal an inscription read: “The citizens of Cork erected this statue to the memory of King George the Second in gratitude for the many blessings they enjoyed during his auspicious reign MDCCLXII.” Later moved to the junction of Grand Parade and South Mall and taken down in 1862 after the fabric of the statue had detoriated to the point where the horse was held up by wooden “crutches”.