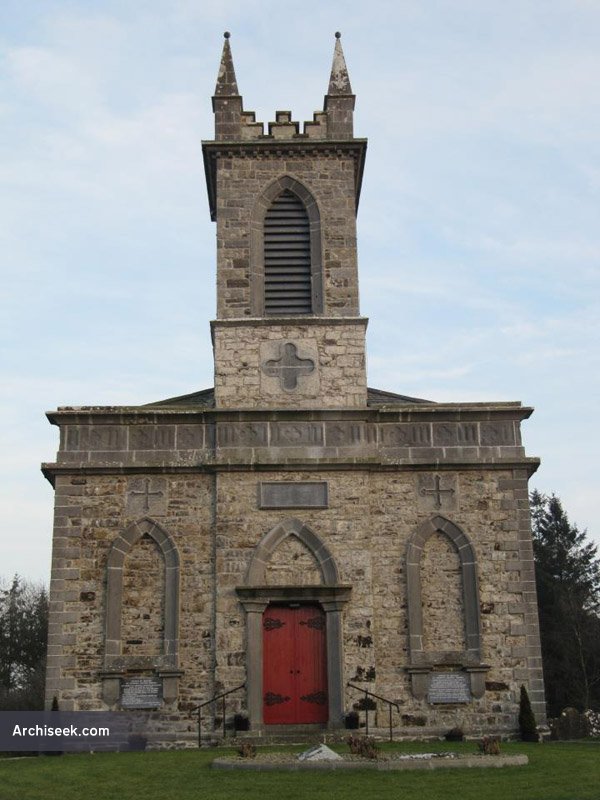 Constructed in 1810 with the three stage tower added several years later. The tower has cut stone corner pinnacles and Irish style crenellated parapet. Lewis records that the church at Ardagh is ‘a plain commodious building with a square tower, for the erection of which the late Board of First Fruits granted a loan of £900, in 1812, and the Ecclesiastical Commissioners have lately granted £301 for its repair’.The church was in poor repair for several years and was carefully restored between 2008-2010.