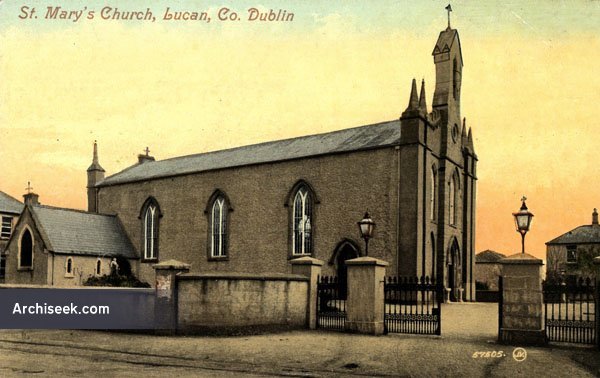 Officially “The Church of the Nativity of the Blessed Virgin Mary”, but known as St. Mary’s to the people of Lucan. Construction began in 1835, but it wasn’t until 1840 that the roof was in place. In the meantime, Mass and other services were held within the roofless building. The church exterior is relatively simple, with a small belfry above the main facade pierced by three gothic windows. Because of the growing population of Lucan during the 1960s it was decided to build an extension. The old Church building was renovated, interior plasterwork and fittings removed, and an extension was completed in early 1975.