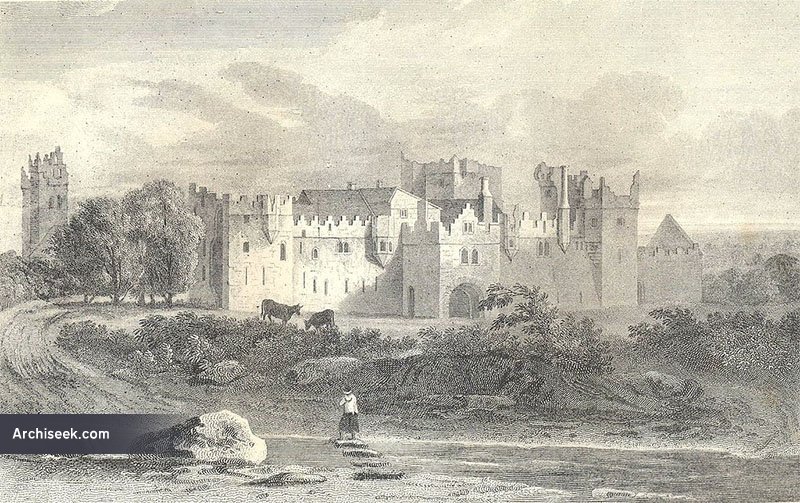 A castle was built on the site by the Anglo-Normans in 1324 to defend their town from the Irish tribes in the adjacent mountain territory. The castle gradually became run-down and was mostly demolished in 1729. At this time, much of the land in the area was under the control of the Archbishop of Dublin and through leasing provided income for the church. In place of the castle, a Palace was built as a country residence by Archbishop Hoadley, Church of Ireland Archbishop of Dublin, at a cost of £2,500. 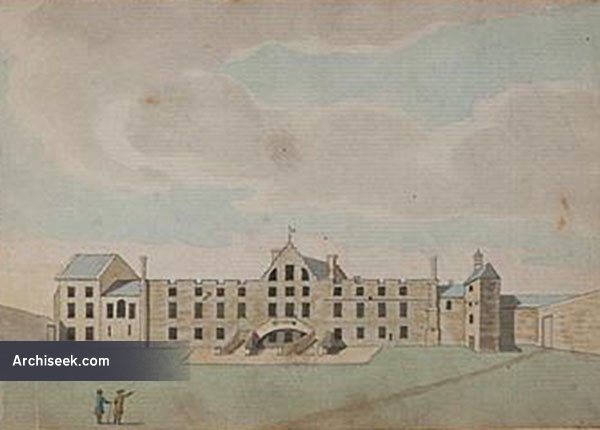 By 1821 the palace too had fallen into ruin and an Act of Parliament was passed which stated that it was unfit for habitation. The following year it was sold to Major Palmer, Inspector General of Prisons, who pulled the palace down and used the materials to build his mansion, Tallaght House, as well as a schoolhouse and several cottages. Tallaght House is now incorporated in St Joseph’s Retreat House, situated in the grounds of St Mary’s Priory.

An ancient tower was spared in the demolition of the palace and was later incorporated into the buildings of St. Mary’s Priory, where it still stands today. It contains a spiral staircase and was originally four storeys high but is now reduced internally to two.

Major Palmer later sold the mansion and lands to Mr Lentaigne, who succeeded him in his position as Inspector of Prisons, who sold it to the Dominicans in 1855. Attached to the castle was a long building which was used in the archbishop’s time as a brewery and later as a granary and stables. When the Dominicans came, it was converted into a chapel and was used as such until 1883 when the new church dedicated to Fr Tom Burke was built.

View of the Antient Archiepiscopal Palace. Tallaght, in the County of Dublin”, according to Mervyn Archdall, Monasticon Hibernicum, extended edition of Patrick F. Moran. Dublin, 1873.