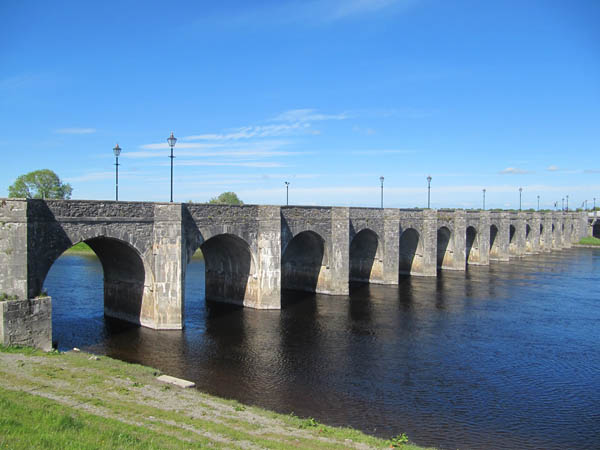 Shannonbridge gets its name from the bridge connecting County Offaly and County Roscommon. Rachra is generally considered the old name for Shannonbridge, but ‘Shannonbridge’ was adopted after the building of the bridge in 1757. Shannonbridge was heavily fortified by the British in the Napoleonic era. Some of the fortifications including a fortare still visible today on the west bank of the river in Co. Roscommon.