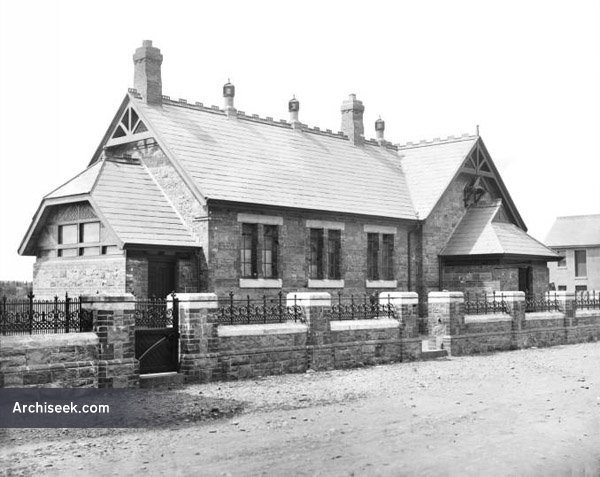 Built in 1873 to provide educational facilities for the children of the workers at the large port and railway facilities. The village of Greenore, at the mouth of Carlingford Lough, grew up in the 1860s and 1870s, when the railway connecting Newry and Dundalk to the deepwater port of Greenore opened. The Dundalk, Newry & Greenore Railway was owned and operated by the London & North Western Railway, which also provided ferry services across the Irish Sea. The main street of, what was essentially a company town was called Euston St., after their London Terminus. The school was built in association with Greenore Co-Operative Society, by Great Northern Railways, who ran the line on behalf of the LNWR. Now a public house.