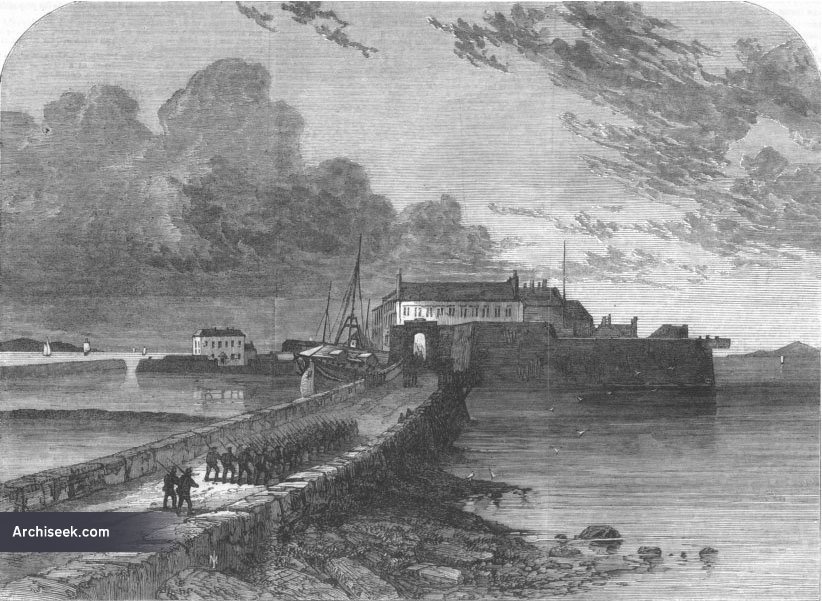 Following temporary military arrangements after the 1798 Rebellion, the Pigeon House Fort was created, and maintained by the Department of War from 1814 to 1897. At its peak, it included gates with drawbridges, quarters for officers and men, a hospital, armoury, magazine and stores. The fort was heavily armed and garrisoned to protect Pigeon House Harbour. The harbour was intended to be used as a last ditch exit point from Ireland for the British in the event of a successful Irish rebellion 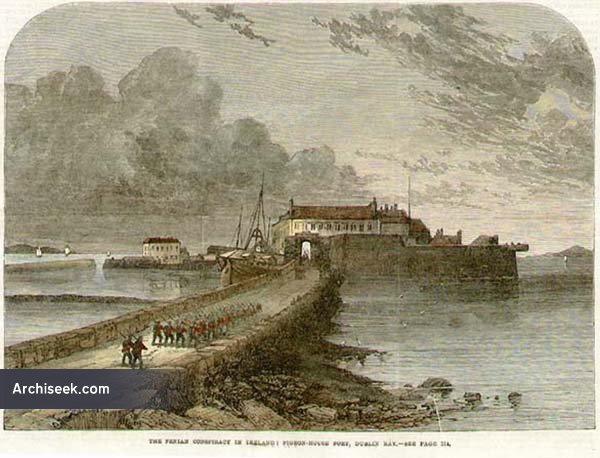 Described in 1837 as “The Pigeon-house fort is situated on the south wall, midway between Ringsend and the Lighthouse, and comprises a magazine, arsenal, and custom-house, the whole enclosed with strong fortifications, and garrisoned by 16 officers of foot and artillery and 201 men, with stabling for 13 horses, and an hospital for 17 men. Adjoining the fort is a basin, 900 feet by 450, intended for a packet station; but since the formation of Howth and Kingstown harbours, it has not been used.”

In 1897, the complex was sold to Dublin Corporation and absorbed into a complex of electricity generating stations and waste water treatment works. All that remains today of the former Pigeon House Fort is part of the gateway and a section of sea wall complete with gun loops.