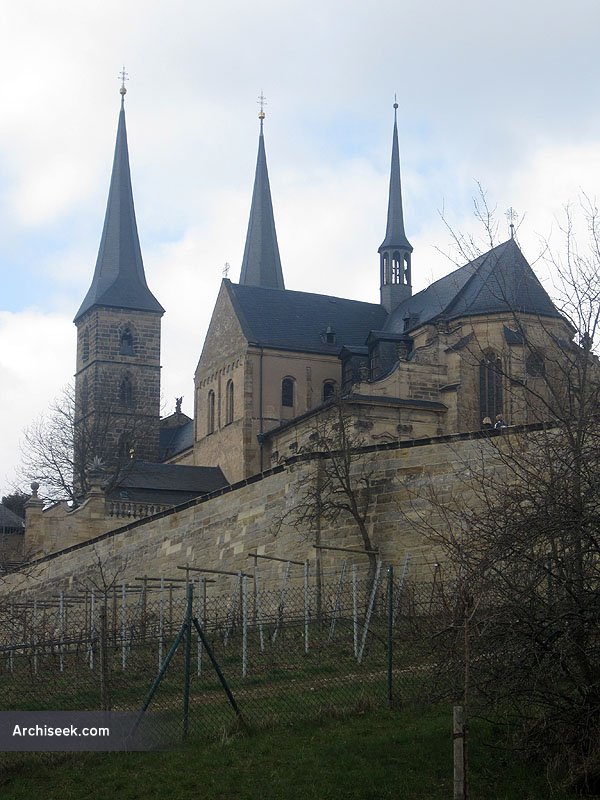 After its dissolution in 1803 the buildings were used for the almshouse Vereinigte Katharinen- und Elisabethen-Spital, which is still there as an old people’s home. The former abbey church remains in use as the Michaelskirche.

Externally, a great portion of the building is the remains of a Romanesque church, consecrated in 1121. But in 1610, it was badly damaged by a fire, as a result of which the nave (with its ceiling paintings of the Garden of Heaven, completed in 1617) and the western facade, with the two towers, had to be rebuilt from scratch. From 1696 onwards, Leonhard Dientzenhofer created a two-storey Baroque façade around the base of the two reconstructed Romanesque towers. To the north and west of the church are the new abbey buildings erected by his brother Johann Dientzenhofer, completed by 1702. Johann also built the terrace in 1723.