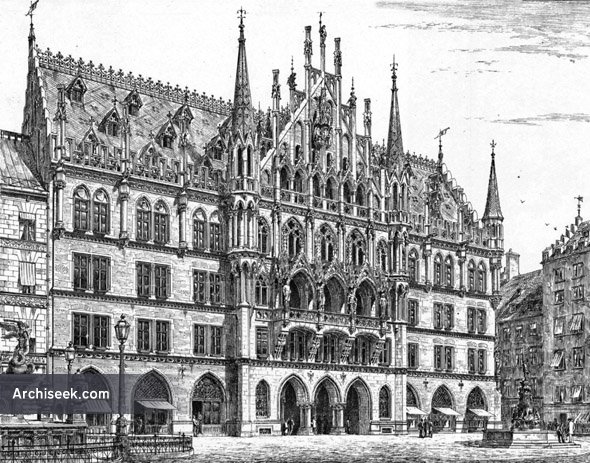 Next door to the Altes Rathaus (old city hall), this annex to the townhall was built in a neo-gothic style between 1867 and 1908. The building is decorated with interesting sculptures and gargoyles, the most famous feature is the glockenspiel where mechanical figures represent the schafflertanz, (cooper’s dance) which was performed in medieval times to ward off the plague. The Altes Rathaus was destroyed during the allied bombing of Munich and was re-built after the war. Illustration published in The Architect, May 17th 1873.