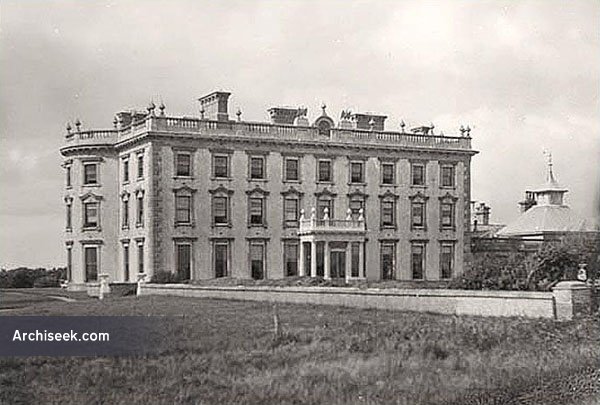 Loftus Hall is a gaunt, three-storey nine-bay mansion of 1871, with rows of plate-glass windows and a parapet. It incorporates parts of a previous, late 17th century house. The house stands near the tip of Hook Head, an extremely wind-swept spot bereft of trees and shelter, and was built after his coming-of-age by the 4th Marquess of Ely. It largely built on the foundations of the old. Only the circular foundation of one of the towers in the ‘Ringfield’ and an underground passage survive of the original building. The new Loftus Hall was built with no expense spared – the entrance and staircase halls being of particular note. The house was supplied throughout with lighting by gas which was made on the premises and all the rooms heated by hot air pipes.

In 1917 Loftus Hall was bought by the Sisters of Providence and turned into a convent and a school for young girls interested in joining the order. In 1983, it was purchased by Michael Deveraux who reopened it as “Loftus Hall Hotel”, which was subsequently closed again in the late 1990s.