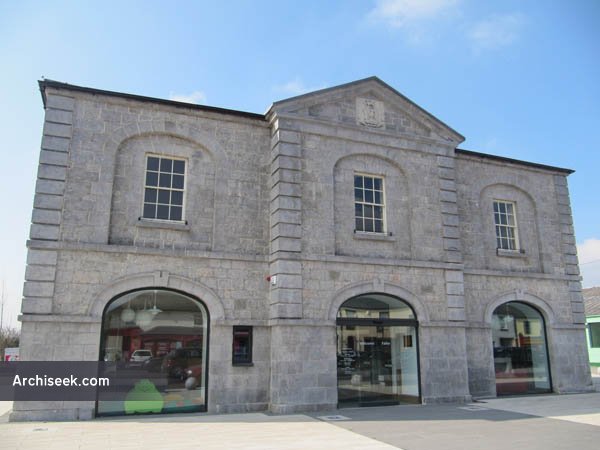 Former markethouse converted into a public library. Quite a plain two storey building of three bays, with segmental-headed arches on ground floor and Shuldham family arms in eaves pediment. Tastefully converted with the archways now used as large windows providing lots of natural light for the libaray. Above, on the first floor is a large community hall, which doubles as a local studies room, complemented by two smaller meeting rooms. Originally this space was used as a courthouse. A small two storey extension to the rear was added in 2010, to a design by Sean Harrington Architects who were also responsible for the restoration.