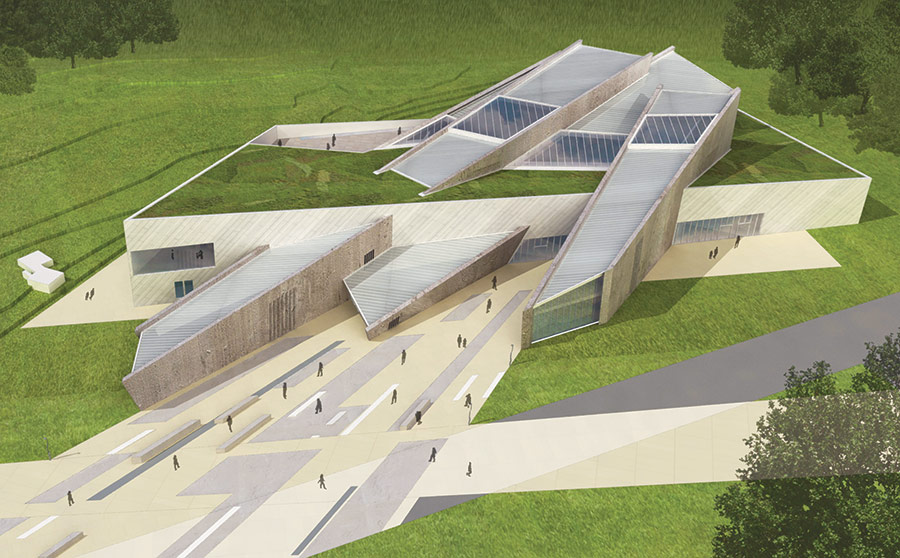 In April, the Department of the Environment Northern Ireland approved plans for the Maze Long Kesh Peace building and Conflict Resolution Centre (PbCRC) , which was designed by Libeskind in collaboration with Belfast-based firm McAdam Design. The project is being funded wholly by a $27.6 million grant from the European Union’s PEACE III Programme. According to Libeskind “It is truly meaningful to build a hope filled common ground; to tell individual stories and to do so in Maze Long Kesh”.

The PbCRC is being constructed on the former site of Her Majesty’s Prison Maze, a detention facility that was used to house paramilitary prisoners during the ethno-nationalist conflict that gripped Northern Ireland during the second half of the 20th century. The building will provide a shared space to support the work of peace building organizations and agencies for local and international work, and seeks to orient the region at the forefront of peace-building work throughout the world. In addition to the new building, the 30-acre site is occupied by structures that have been retained from the prison, including the H6 block, hospital, emergency control facility, and chapel.

2013 Daniel Libeskind The Maze Unbuilt Down