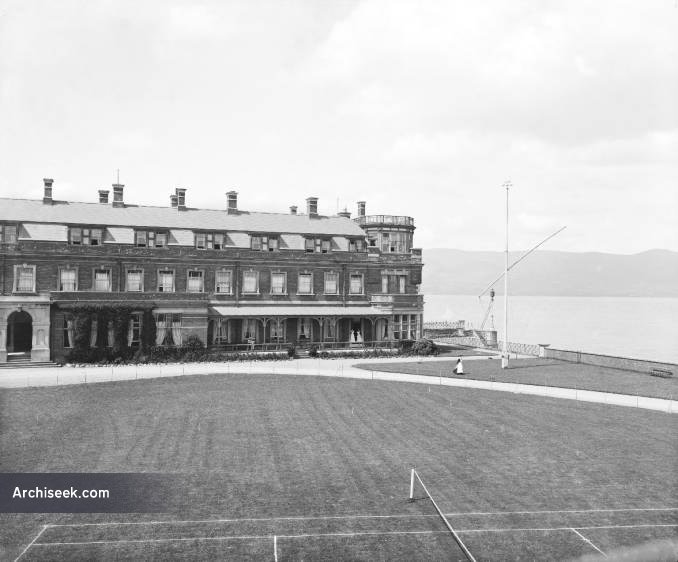 Impressive railway hotel built by the Dundalk, Newry & Greenore Railway in the 1870s as Greenore was becoming an important transit point with the completion of the railway and the growth of its harbour. Designed by James Barton, an Irish engineer who designed many railway lines. The Dundalk, Newry & Greenore Railway was owned and operated by the London & North Western Railway, which also provided ferry services across the Irish Sea. The village was essentially a company town with the main street called Euston St., after the company’s terminus in London. The Great Northern ran the hotel and line on behalf of the LNWR for many years. The railway closed in 1951 with the ferry services soon after. Derelict and surround by port operations for many years, it was demolished around 2007.