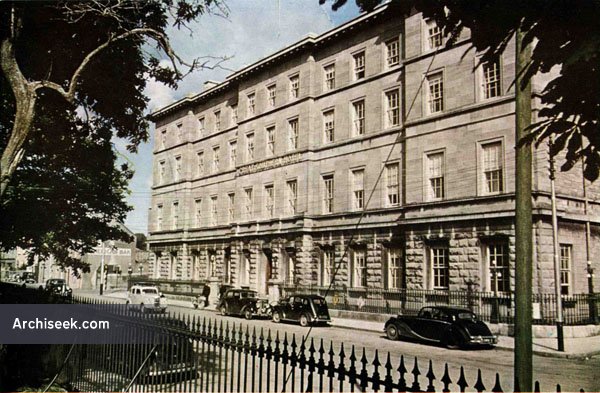 Begun 1851, for Midland Great Western Railway Co., and designed by J. S. Mulvany who also designed Ceannt Station to which it is attached. Originally three storeys in height, a fourth was added in 1852 with a further fifth floor added in the later 20th century. The building is Ashlar faced to front and north-east elevations, with a rusticated ground floor. Now known as the Meyrick Hotel.