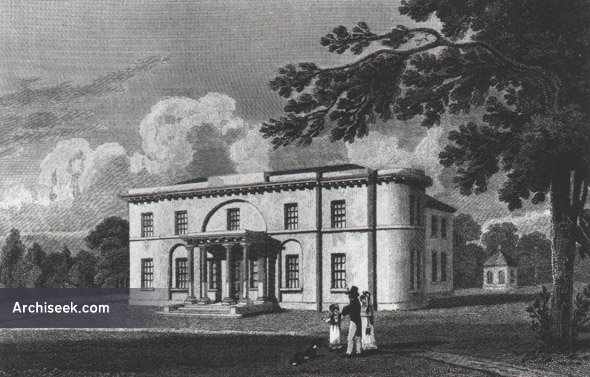 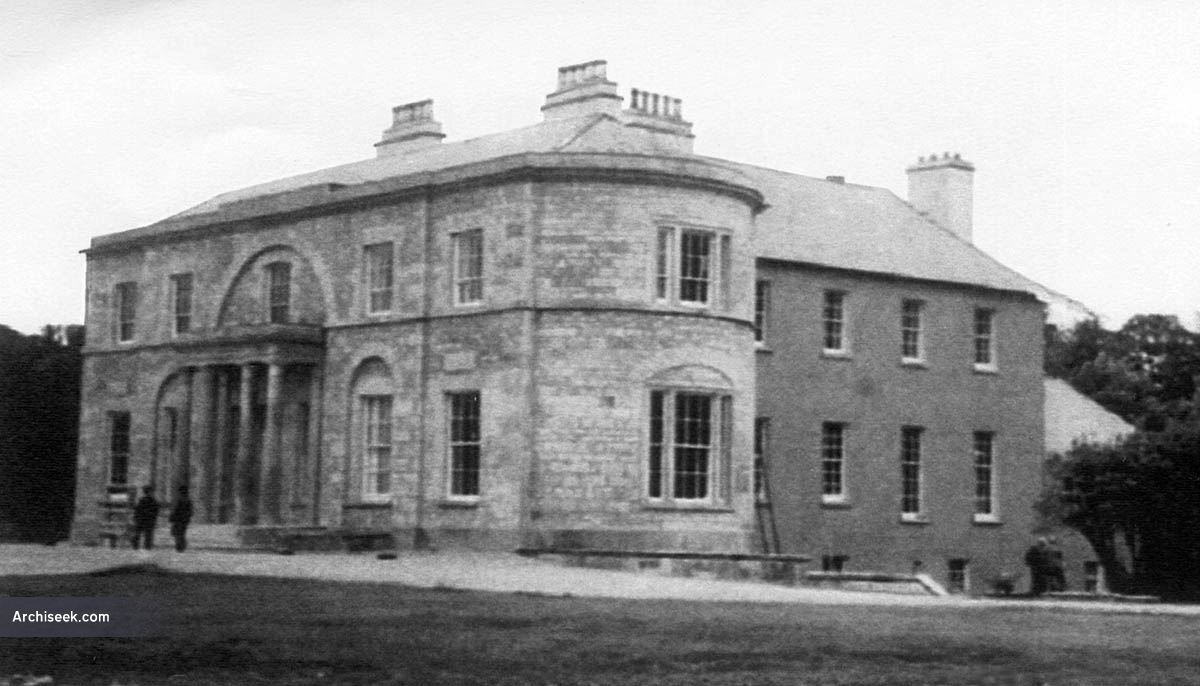 Issercleran or St.Clerans was the home of the Burke family who built the house c.1784, and was extended and remodeled by Morrison circa 1807. Formerly the home of film director John Huston.

From: J.P. Neale, Views of the seats of Noblemen and Gentlemen in England, Wales, Scotland, and Ireland, vol.V, London, 1821
“St. CLERONS has been many years the residence of the ancestors of the present proprietor. It is situated to the south west of Loughrea, at a distance of about seven miles. The surrounding country, like most parts of the county of Galway, is barren and uninteresting, and , except the demesnes of the resident gentry , it is destitute of trees. The plantations and improvements of St. Clerons, which nearly unite with those of Dunsandale, the seat of James Daly , Esq ., M. P. for the county, afford to the traveller no small gratification. The demesne of St. Clerons, though not equal in extent to several in the county of Galway, is nevertheless one of the most desirable residences in that country ; the grounds are charm ingly diversified ; and the plantations and other improvements exhibit much judgment and taste. The House received considerable additions and improvements from the father of the present proprietor, and may now be considered one of the most commodious and tasteful residences in the country ; its chaste and simple character is justly admired , and considered creditable to the architect, Mr. Morrison, under whose direc tions the additions and improvements were made.”