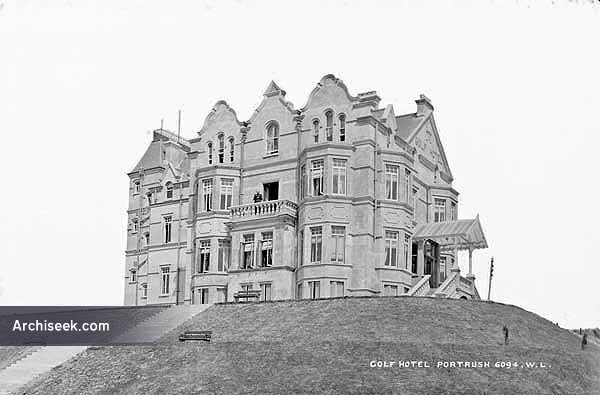 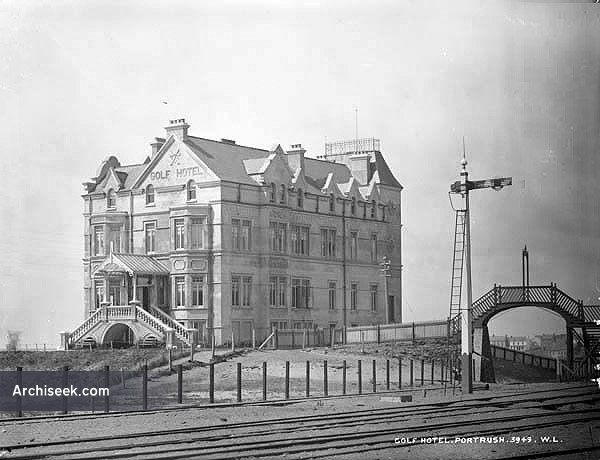 Former hotel built between railway line and coast to service Portrush’s links course. Originally called the Hydropathic Hotel but changed its name to the Golf Hotel, and later Castle Erin. It was later painted white, and operated as a guest house. Now demolished.