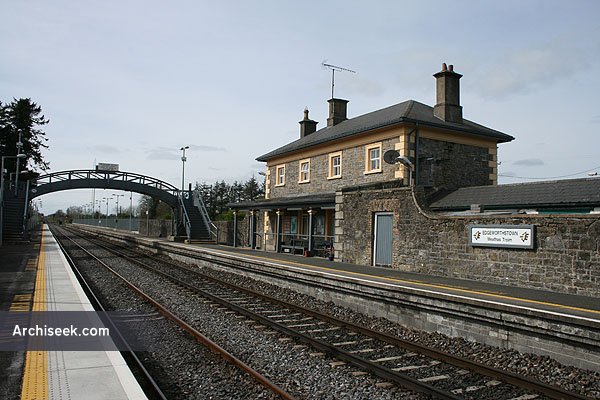 Constructed for the Midland Great Western Railway Co., and opened in 8th November 1855. Visually similar to many on this network to the northwest of Ireland – a two storey, four bay building with a lean-to covered waiting area along the platform. It’s individual details like window surrounds that distinguish stations at Dromod, Carrick-on-Shannon, and Ballymote from each other.